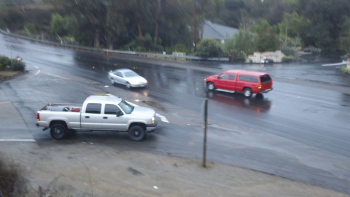 October 31, 2013 (Jamul) – On October 28, ECM published a story citing numerous complaints from residents of near-miss crashes on Highway 94 that drivers believed were caused by lack of roadway striping during a months-long CalTrans roadway repaving project.  The story also noted a fatality accident on Highway 94, though CHP has said alcohol may have been a factor in that crash. http://www.eastcountymagazine.org/fatality-crash-raises-concerns-over-ro...

On October 20, Marcia Spurgeon with the Jamul Action Committee wrote to ECM and our news partner, 10 News, with an update:

I cannot thank you both enough for writing (East County Magazine) and airing (Channel 10 News) the serious and dangerous situation on Highway 94 in Jamul. Today at approximately noon, a large truck parked in our office driveway. Within a 1/2 hour we had not one or two but three large white arrows in the west bound turn lane. The east bound turn lane has two. The intersection at Proctor Valley and 94 also has painted arrows in the turn lanes….Bravo to both of you. I honestly believe you have saved lives by bringing this to the public's attention and obviously Granite Construction and Caltrans. 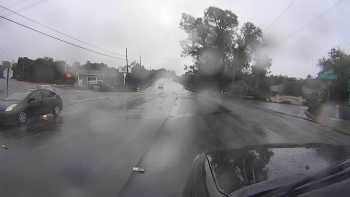