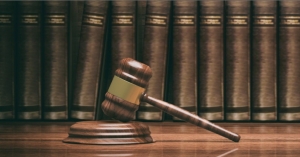 Robert Kennedy Jr.’s Legal Team Sues FCC – The team includes RFK, Jr., IRREGULATORs’ Attorney Scott W. McCollough & Dafna Tachover, CHD’s Director of Stop 5G & Wireless Harms
Reprinted with permission from Children's Health Defense, Inc.
February 18, 2020 (San Diego's East County) -- Robert Kennedy, Jr., Chairman of Children’s Health Defense (CHD), is committed to be proactive on the concerns regarding excessive exposure of our children to 5G and wireless radiation. To fulfill this promise, CHD submitted a lawsuit on February 2, 2020 against the FCC for its December 4, 2019 decision to decline to review its 1996 guidelines, and for its determination that the guidelines are protective of human health.
To have the best chances of succeeding, they have assembled a team of attorneys to lead this case. Each one brings different strengths to the case:
Robert F. Kennedy Jr., CHD’s Chairman, is a leading Environmental Attorney who has been involved with many groundbreaking lawsuits including the recent successful cases against Monsanto. He was a senior attorney for the NRDC and now leading cases for the protection of children’s health rights.
Scott W. McCollough is the Attorney who is representing the IRREGULATORS in their lawsuit against the FCC, a case that will help expose a multi-billion-dollar fraud by Telecom companies. Scott has decades of experience as a Telecommunications and Administrative Law Attorney, leading the type of lawsuits we are submitting against the FCC.
Dafna Tachover is an expert on wireless and 5G health effects and has recently been brought on board at CHD to spearhead the Stop 5G effort. Dafna brings specialized knowledge and experience for this case. She is an Attorney, and holds a MBA, and has a Telecommunications background. She has been involved in cases focusing on wireless harms including a Supreme Court case in Israel against Wi-Fi in schools, a case that led to the first limitations on Wi-Fi worldwide!
About The Case
On December 4, 2019, the FCC adopted an order affirming the adequacy of their 1996 wireless radiation exposure safety guidelines. These guidelines are at the core of the fraud perpetrated on the public that wireless technology is safe. Their guidelines ignore the overwhelming evidence of harm, scientific and human. By adopting and maintaining irrelevant guidelines, the FCC has enabled and forced the uncontrolled proliferation of wireless technology and now 5G. This has led to a growing epidemic of sickness among children and adults, and it has caused harm to animals, plants and the ecosystem at large.
In 2012, the General Accountability Office of Congress published a report, recommending that the FCC reassess its 1996 guidelines. As a result, in 2013, the FCC opened docket 13-84 asking for public comment. This docket was open for 6 years. On December 4, 2019, the FCC officially closed the docket and affirmed the adequacy of its guidelines without proper assessment.
Now that the docket is closed, they [are] suing the FCC under the Administrative Procedure Act (APA). The petition will ask the court to set aside the FCC order, asserting that the order is arbitrary, capricious and an abuse of discretion. The case had to be submitted by February 3rd.
--------------------
© January 21, 2020 Children’s Health Defense, Inc. This work is reproduced and distributed with the permission of Children’s Health Defense, Inc. Want to learn more from Children’s Health Defense? Sign up for free news and updates from Robert F. Kennedy, Jr. and the Children’s Health Defense. Your donation will help to support them in their efforts.

Doctors will not testify against smart meters- they run away real fast as I am trying to line up against the never ending counter contradicting smart meter technical info --- as the smart meter yuppie scum industry fly's by the idea of the more stupid and wrong they are , the more they can get away with the longest
in the /02, , the polls had modems that didn't work - when the diebolds were first deployed. More people voted than came through the door . Dutch Rupersberger just reached over and took votes from me -- ie, as more prescient s reported, my total votes somehow went down. In any event the Ruskie companies that have the contracts for the Maryland elections IT is all ok now, as the Ruskies claim they sold their company s doing the Maryland election IT- but no one knows who owns the companies that are doing the election IT for Maryland. I predict the civilization will collapse from the carnage outcome of massive remote shut off hacking of smart meters. Maryland Drops Election Day Data Sharing Plans for Counties Maryland elections officials will no longer require the state’s largest jurisdictions to use a wireless network to transmit voter information to the state during its upcoming primary and general elections. BY KEVIN RECTOR, THE BALTIMORE SUN / FEBRUARY 10, 2020 (TNS) — Maryland elections officials will no longer require the state’s largest jurisdictions to use a wireless network to transmit voter information to the state during its upcoming primary and general elections, after the network caused a significant slowdown during voting in the special 7th Congressional District primary, they said Friday. The network, which cost about $2 million in federal funds to set up, was used for the first time Tuesday in Baltimore City, Baltimore County and Howard County. The Maryland Board of Elections said it could return the network to service in the future, but won’t require its use in the April 28 primary or in the general election on Nov. 3, when voter turnout is expected to be far larger than Tuesday. “We’re just making a decision for the 2020 elections. 2022 is two years from now. We see the need and benefit of it, so I would say it’s not scrapped. It’s just been postponed,” said Nikki Charlson, the board’s deputy administrator. “We always hope that every voter has a good voting experience, and when they don’t, we take that seriously, and that’s what we’ve done.” The network connects tablet-like pollbooks that poll workers use to check in voters, allowing the workers to transmit information to the elections board in real time. “There are benefits, really good benefits, for the local boards of elections to get insight into what’s happening at their voting locations,” Charlson said — including the ability to track turnout in real time, anticipate shortages in paper ballots and remotely spot problems with the pollbooks. If local jurisdictions choose to use the network in the coming elections, the state board will continue to assist them in doing so, Charlson said. The decision not to force the state’s six largest jurisdictions to use the wireless network won praise from critics who had cited Tuesday’s slowdown as fresh evidence the system was poorly conceived and inadequately vetted. Sen. Cheryl Kagan, a Montgomery County Democrat who had introduced emergency legislation in Annapolis that she said would make the network unnecessary, said in a statement Friday that she was “relieved” the Board of Elections staff members had “abandoned their flawed plan.” “One of the most consequential presidential elections in history is not the time to experiment with wireless devices statewide," Kagan said. “Instead, Maryland should avoid installing new wireless technology so as to ensure security of our process and the resulting confidence in the election outcome." Kagan, Montgomery County officials and other critics complained before Tuesday that the network served no purpose, unnecessarily exposed the state’s election system to possible cyberattacks, and unfairly burdened the jurisdictions. Baltimore City and the counties of Anne Arundel, Baltimore, Howard, Montgomery and Prince George’s all have large Democratic voter bases. Officials at the State Board of Elections disputed those claims, arguing even after the problems Tuesday that the system was secure and would be ready for the larger number of voters this spring and fall.