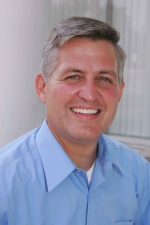 October 24, 2009 (San Diego) -- Solana Beach City Councilman Dave Roberts says he once supported Republican Congressman Brian Bilbray, but has decided to challenge him in 2010 because Bilbray is too conservative.

The Lilly Ledbetter Fair Pay Act, legislation signed this year by President Obama, would allow any individual subjected to compensation discrimination (under Title VII of the Civil Rights Act of 1964, the Age Discrimination in Employment Act of 1967, or the Americans with Disabilities Act of 1990) to sue their employer within 300 days, if the employee was found to have been discriminated against in pay and compensation.

“When I supported him in 2006 it was because I thought he was a moderate Republican with a good record of working with all sides. Now I feel he has become part of the extreme right of the GOP. He is out of touch with the voters of this district," said Roberts.

Bilbray, who formerly represented what is now the 53rd Congressional district until being defeated by Susan Davis in 2000, was elected to the 50th seat in 2006 and again in 2008. In both elections his margin of victory was 5 percentage points, rating the seat a battleground by the Democratic National Committee.

Last year, voters in the district supported President Obama over Republican John McCain by a four point margin. In a recent Congressional Quarterly article, CQ reported that the Republican voter registration advantage in the district was now less that 10 percent and an “up-tick in the district’s Democratic-leaning Hispanic population” has increased “nearly 23 percent between 2002 and 2007 according to the U.S. Census Bureau’s American Community Survey.”

Roberts is 48-years old and his background includes a career working within the healthcare business unit of Science Applications International Corporation, as well as starting his own firm managing condominium and rental properties. But his endorsement of Bilbray over Democrat Francine Busby in 2006, combined now with his decision to seek the Democratic nomination for Congress against both Busby and Tracy Emblem, has sparked opponents’ charges that he is not a true Democrat.

“I’m surprised that he’s running as a Democrat,” said Busby during the September meeting of the San Diego Democratic Club. “It didn’t occur to me to ask for his endorsement because he’s been contributing to and endorsing Bilbray.” He was also listed as cosponsor of a recent Bilbray fundraiser.

Roberts says he was never a Republican. A check with the San Diego County Registrar of Voters confirms that he has consistently registered as a Democrat since coming to San Diego in 1999, with the exception of 2004, when he briefly registered as an American Independent.

“I grew up in Connecticut and my first job in politics was for Ted Kennedy's 1980 campaign for President," said Roberts. "I worked my way through college as a member of Lowell Weicker's staff.”

On his website - www.daverobertsforcongress.com - Roberts says he worked for the Senate Subcommittee on the Handicapped, and was “instrumental in the passage of federal legislation to extend the length of time that mentally challenged youth are allowed to stay in public schools from age 18 until 21.” Roberts is also pro-choice, according to his campaign manager, Barry Klein.

Roberts says his experiences with Weicker and the Republican Party of New England formed his philosophy of fiscal responsibility with social liberalism. He noted the tradition of this wing of the GOP embodied in figures such as Weicker, New York Republicans Nelson Rockefeller and Jacob Javits, and progressive California Republicans such as former Governor Hiram Johnson.

“Weicker was from that rare breed of Liberal Republicans who were pushed out of the party by conservatives during the 1980s and up to the present. But I stayed a Democrat while working for him. I worked on voter outreach among veterans for the Clinton-Gore reelection campaign in 1996. In 2000 I was a (campaign) coordinator for Al Gore."

Roberts was elected to the Solana Beach City Council in 2004 and said he switched his party registration to DeclineTo State because the local office was not a partisan position. Though he publicly endorsed both Busby and Bilbray during their respective primaries in 2006, he said he felt Bilbray would be able to work across party lines more effectively, and endorsed Bilbray during the general election that November against Busby.

Roberts notes on his web site that after nine years as a civilian employee with the Pentagon, he came back to Washington D.C and took a position on the House Appropriations Committee staff. He boasts of helping to create the Department of Defense’s TRICARE healthcare program that is now used by the U.S. military.

“Prior to this legislation, veterans were forced to leave the military healthcare system and enroll in Medicare, which denied many rehabilitative benefits available to military veterans,” says Roberts on his web site. “(We helped) expand military healthcare to include dental coverage for all military beneficiaries ... which allowed 100 percent disabled military veterans to continue to keep their military healthcare benefits after their disability. (We also) helped draft legislation that increased funding for both breast cancer and prostate cancer research and treatment within the Department of Defense,” added Roberts.

It was while working in the House that Roberts said he first met Bilbray.

"First of all, let me say I don't believe that Democrats and Republicans cannot work together on the large issues. I'd known Bilbray and worked with him previously and he seemed like a moderate who would try to unite people. But he ended up voting with George W. Bush 95 percent of the time and was eventually rated in a 435-member House as the 79th most conservative member of Congress. That's not a moderate by my definition," said Roberts. "I intend to be a less ideologically driven congressman for the people of the 50th District. I have always been more of a workhorse and less interested in getting on television," added Roberts in a dig at Bilbray for his repeated appearances on cable news programs.

Roberts has been open about his homosexuality and proudly mentions that he is the father of three with his partner Wally Oliver. But he has not as yet tried to utilize his campaign as a magnate for gay rights ... or activist gay money.

"Being gay has nothing to do with my decision to run and I don't think voters care about a person's orientation," said Roberts. "I've heard the speculation that I became a Democrat because of Proposition 8 (the anti-gay marriage initiative passed by voters in 2008). But I am running because voters in my district asked me to and I have a pulse on what voters in the 50th District care about. I have a long history of community involvement in the 50th District and I think Bilbray's conservatism is out of step with the majority of voters here. I am reaching out to all voters in the district and not any specific group.”

On a range of issues, Roberts seemed ideologically consistent with President Obama, including what he would support regarding healthcare and the war in Afghanistan.

"All Americans must have healthcare coverage and we can no longer allow people with pre-existing conditions to be excluded," said Roberts. "I support some effort at tort reform, and I think each state should have the right to decide their own reforms, but I would hope that a public option would be available as an option for the states. A trigger mechanism for implementing a public option if the private insurers do not lower costs and expand coverage might be a way to go. But the fundamental issues are expanding coverage, lowering costs, and encouraging more people to go into the healthcare professions, so we do not face shortages because there are not enough doctors and nurses out there."

On the wars in Iraq and Afghanistan, Roberts said he supported Obama's approach, and blamed the previous Bush administration for the length of the war.

"The prior administration got us involved in Iraq and left President Obama with a big mess. I think his approach of listening to all levels is correct. I would like to see the troops home as soon as possible, but we have to leave a structure in place that will not make the terrorism threat worse," said Roberts.

For more information, visit Roberts’ website at http://www.daverobertsforcongress.com/about-david-roberts/. For information on his Democratic primary opponents, see our prior articles: