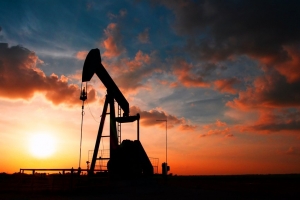 September 23, 2014 (New York)--On the heels of the world’s largest march to halt climate change, support has come from an unlikely source.  Billionaire John D. Rockefeller made his fortune in oil, otherwise known as black gold. His Standard Oil Company was so big that the Supreme Court ordered it broken up into several smaller companies including such giants as Chevron, Exxon and Mobil.

But now Rockefeller’s heirs have announced that they will divest from the oil business and instead, invest in clean energy alternatives.  So the Rockefeller Brothers Fund, a charitable trust, will be selling off its investments in dirty tar sands and coal producers.

But perhaps the change is not so surprising. After all, when Rockefeller made his fortune over a century ago, fossil fuels were replacing what had long been a staple fuel for our nation: whale oil.  Just as John D. Rockefeller looked to the future, so now his descendants are seeking to shift their family fortune into the fuels of tomorrow.

The New York Times reports that in all, investors in multiple investment and philanthropic groups have pledged to divest over $50 billion from fossil fuels.

Over 97% of the world’s scientists agree that climate change is real and man-made.  But when the people who made money off fossil fuels that contribute to global warming agree that it’s time to pull out of dirty energy sources, perhaps a turning point has been reached.

When it comes to going green, all that green cash shifting into renewable portfolios looks destined to become a powerful driving force to fuel development of cleaner energy sources.