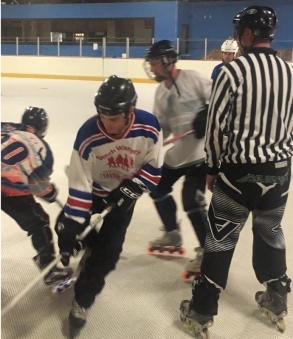 Aug. 1, 2017 (El Cajon, Calif.) -- According to the Granite Hills High School official website, the school's athletic department fields every single sport sponsored by the CIF San Diego Section.
It's bold. It's proud. It's also inaccurate, yet the Eagles are getting closer.

Granite Hills is expected to soon announce the addition of roller hockey to its slate of sports programs. The "Roller Eagles" are expected to replace the program dropped at West Hills prior to last season.  It's just a matter if it will be this season or the 2018-19 school year. 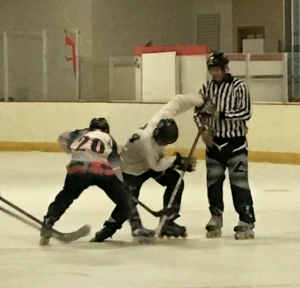 "There are some parents interested in sponsoring a team," said Joe Norris, the former San Diego Marines (WHA) great, who owns Skate San Diego, located on the east side of Gillespie Field. "They already made contact the school and both conferences to see if they can join one of them."
Potential suitors for the head coaching job -- there are three -- all noted that Granite Hills would join the Metropolitan Conference (mostly South Bay schools). The Eagles would replace both West Hills, the 2013 CIF champions, which suddenly dropped its program of nearly 20 years, and Patrick Henry, which is switching to the league composed of mostly North County schools.
"I could help Granite Hills getting organized, but it would be better for the school to get a parent who can coach, while get the mother of a player to be the team mom," said former Wolf Pack coach Steve Baldwin. "If they want ome to help out, I'd be willing to be there for them."
Baldwin noted they could run the program without breaking the bank.
"Most parents spend about $200 each, which is something you can't ask for if roller hockey was a varsity sport," noted Baldwin. "In club sports it's fine, but it's illegal to ask for money if it's a schoo-sponsored, varsity sport."
West Hills routinely contributed more than $1,000 for uniforms. It was up to the team to cover all the rest of the team's expenses." 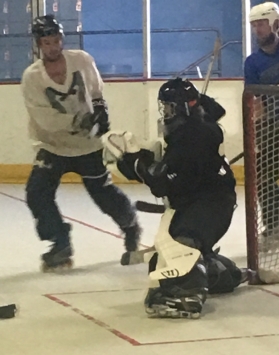 "I know we received about $1,200," added Baldwin. "We needed to raise all of the rest at West Hills. I don't know how much Granite Hills could give the team, if anything."
The timing of an '18-'19 debut would coincide with an incoming batch of freshmen who all currently participate on age-level club teams at Skate San Diego.
Within the past few years, the Grossmont Conference was asked to officially form its own league, but never did under what Baldwin called an "obscure rule" allowing its schools play as "affiliates" elsewhere. The same rule applies to gymnastics in parts of San Diego County.
When roller hockey first began in the San Diego Section, the county power was Monte Vista. At one time, upwards of seven schools participated in the East County Hockey Conference, which was an all-club sports operation.
"I don't know why we lost those teams," Baldwin added. "Hockey kind of went down when we lost the Gulls.  When they returned, we thought addition of professional hockey would spark an upswing in (amateur) hockey, but we haven't seen it."
A program at Granite Hills may re-fuel interest in roller hockey.