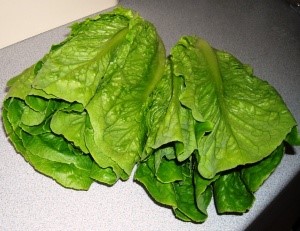 January 4, 2017 (San Diego) – An e-coli outbreak that has sickened 58 people in the U.S., including California, and Canada is likely tied to consumption of romaine lettuce. At least one patient has died, the U.S. Centers for Disease Control reports.

Canadian health officials have warned the public not to eat romaine lettuce. Thus far, U.S. health officials have not yet issued such an advisory, even though the strain of E coli found in American patients is similar to that found in the Canadian outbreak. Consumer Reports, however, has issued an advisory recommending that people choose different types of lettuce for salads for now.

Jean Halloran, Director of Food Policy Initiatives at Consumers Union, a policy division of Consumer Reports, says, “The available data strongly suggest that romaine lettuce is the source of the U.S. outbreak," adding that she believes the Food and Drug Administration should take action to protect the public.

Simply washing lettuce is not enough to get rid of e-coli if the lettuce is contaminated, which may occur if a field worker or packaging plant worker handled lettuce after using the bathroom without washing their hands. Animal waste in fields can also transmit e-coli.

Canadian officials recommend that consumers avoid using any romaine lettuce purchased in the last five weeks and be sure to read ingredient labels on mixed salad bags to avoid any containing romaine.

E-coli can cause severe stomach cramping, diarrhea that may be bloody, fever, and vomiting. Symptoms may occur three to ten days after eating contaminated food. If symptoms are severe or last over three days, you should talk with your doctor.  In rare cases, e-coli can lead to kidney failure, leading to paleness and fatigue, or even death.

I happen to be one of the persons who ended up in the ER after eating what I presume to be bad lettuce. There are two meal in question, AKA, persons of interest, lol! I care not to share the names of the establishments as my goal is not to destroy their business but I'm willing to confirm. Is there anyone out there, or any information regarding the outcome of investigations by the County Health Dept.? I shared the names of these two places where I had a huge salad as it was a cafeteria and the other was Thai food and it was a Romaine salad with beef atop. I nearly died. I want to know who I can subrogate insurance through to cover my medical costs of $8K for basically 3 IV bags over an 8 hour period on Christmas day. My out of pocket costs were only about 1.8K and I'd settle for that vs. subrogation through my insurance company. Worst week of my life!

Workers are pressured to meet unrealistic goals harvesting our food. Crops that don't have a skin that is peeled before eating can be contaminated by human or animal poop in the fields.