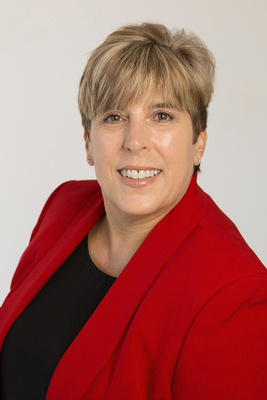 November 14, 2019 (Lemon Grove) – Teresa Rosiak has run for Lemon Grove’s city council and mayoral positions in the past, but did not win election. She’s also been a vocal critic at council meetings and is a potential candidate in 2020.  The city has filed a complaint in Superior Court accusing Rosiak of misdemeanors in her 2018 campaign over campaign contributions and disclosure requirements, but Rosiak accuses the city of improperly targeting her for political retribution.

“The city again is not using the taxpayer’s dollars properly,” says Rosiak (also known as Rosiak-Proffit) in an e-mail to ECM, adding, “They want me to be discredited since I am outspoken and they will do this regardless of the cost to the taxpayers.”

Rosiak, a former Lemon Grove Chamber of Commerce president, is a fiscal conservative. The Council majority is Democratic.  She has criticized the Council on spending priorities, dipping into budget reserves, litigation in which the city has been embroiled over assault allegations against Councilman David Arambula, and has called for resignations of Arambula,  Mayor Racquel Vasquez and City Manager Lydia Romero.

Lesley O’Brien, a public defender representing Rosiak at a hearing in El Cajon last week, told the San Diego Union-Tribune that the city offered to drop the complaint if Rosiak would plead guilty and pay $500. She refused.  Romero told the newspaper that to date, the city has shelled out around $3,000 in attorney fees on the case.

Council voted in closed session in October to file the legal complaint, with Councilmembers Jennifer Mendoza and Jerry Jones recusing themselves from the vote, since they ran against Rosiak in the 2018 election.

Rosiak told ECM, “The FPPC (Fair Political Practices Commission) cannot provide help or an opinion, but my filings were received by them and they have no issues with me.”  ECM has sent the FPPC a public records request for any current or prior complaints, if any, on Rosiak and will publish the response once received.

She told the Union-Tribune, “I disclosed every penny that I received as a campaign contribution but I guess I didn’t know that I had to pay myself back…How do you pay yourself back when you have no money left?”

The city has not disclosed details of its complaint which is not yet available through court records online. ECM has submitted a record request for the complaint.

It is unclear whether Lemon Grove has previously filed similar complaints against any prior candidates, or whether Rosiak is the first to be targeted. ECM has asked the city for records on any prior complaints, if any, filed against past candidates for campaign contribution or disclosure violations.

Romero told the Union-Tribune, “We take these matters seriously, and any breach we will look into,” noting that the laws are intended to assure ”transparent, ethical behavior” on candidates who may become elected officials.

Rosiak has speculated that allegations may be related to unauthorized campaign signs put up by businessman Chris Williams, who filed the civil suit against Arambula and the city for its actions related to the alleged assault. Some signs included the name of another candidate, Kamaal Martin, but Rosiak has said she never agreed to the signs and was not running on a slate with Martin.

Rosiak told ECM she has not yet determined whether to run in 2020 or not.