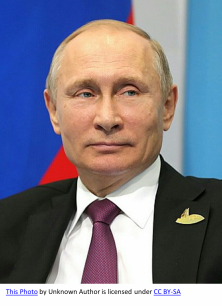 February 28, 2022 (San Diego) -- The war in Ukraine has captivated attention around the world and drawn near-universal condemnation of Russia for launching the unprovoked invasion in violation of international law. Today, CNN reports that Russia is facing a financial meltdown due to crushing impacts of new Western sanctions imposed over the weekend by the U.S. and allies.

The ruble, Russia’s currency, fell 40% at one point Monday morning, while interest rates shot to an all-time high of 20% and savers rushed to withdraw money out of banks in Russia as well as European subsidiaries of Russia’s biggest bank. The ruble also lost 25% of its value compared to the dollar, CNN reports.

The Biden administration announced stiff sanctions against Russia’s central bank on Monday, CNBC reports, prohibiting Americans from doing any business with the bank and froze its assets in the U.S.  The new sanctions also target the National Wealth Fund of the Russian Federation and its Ministry of Finance.

In addition, the United States on Saturday, along with the European Union Canada and the United Kingdom, announced expulsion of some Russian banks from SWIFT, a global financial messaging service, in an aim to paralyze assets of Russia’s central bank.

EU president Ursula von der Leyen said Sunday the aim is to “ban the transactions of Russia’s central bank and freeze all its assets, to prevent it from financing Putin’s war.”’

Though Russia has been building up a war chest over several years of some $630 billion in international reserves including cash and gold, much of those assets are now frozen by the unprecedented sanctions.

Sanctions have also targeted Russian oligarchs, the billionaire backers and cronies of Putin.

For the first time in history, the EU and some member nations including even the normally pacific nation of Sweden have approved sending arms to a nation at war. Ukraine is receiving weapons including anti-tank weapons, assault rifles, food rations and protective gear.

The Pentagon has responded to its NATO commitment by sending B-52 bombers to patrol the skies over Eastern European allied territory, Newsweek reports.

The U.S. is also sending $350 million in military aide to the Ukraine.

In other major actions, the European Union has banned Russian airplanes including oligarch’s aircraft from flying over their airspace. The EU has also banned Russian media outlets RT and Sputnik from broadcasting in the EU.

After days of shelling mayor cities in the Ukraine including Kyiv and Kharkiv, Russian troops have encircled Kyiv, leading the Pentagon to voice concerns about an escalation of siege tactics, the Washington Post reports.  Russia is also accused of using suspected cluster bombs, which are illegal under international law, the Washington Post and Common Dreams report.

Despite heavy bombing and street fighting, both cities remain in Ukrainian hands as of our show taping deadline.

Representatives from Russia and the Ukraine met near the Belarus border on Monday for peace talks, which ended with no action but a pledge to continue the talks later on, Reuters reports.

The Ukrainians have fought back fiercely against the invasion, claiming to have killed 4,500 Russian invaders. Russia has not released any casualty figures. The Ukrainian government also says it has suffered at least 352 deaths and over 1,600 injuries of Ukraine’s civilian population.  The United Nations confirms at least 65 civilian deaths and 240 civilian casualties.

A Ukrainian brewery called Pravda in Lviv has announced on social media that it’s converted from making beer to producing bottle bombs, or Molotov cocktails, and is asking for donations to fund the cause.

The prosecutor’s office with the International Criminal Court announced Monday that it is opening an investigation into alleged war crimes committed by Russia in the Ukraine, where most recently Russia is alleged to have dropped cluster bombs banned under international law, according to Reuters.

Ukraine is inviting anyone who wants to come join the fight to do so, promising arms. And the Ministry of Defense in Ukraine is now offering Russian soldiers 5 million rubles, the equivalent of around $47 million dollars, plus full amnesty if they will “put down their guns and voluntarily surrender,” ABC confirms.

Ukraine claims the money has been donated by IT companies, though this is not yet confirmed.

But several large  IT companies have taken steps to reduce Russia’s influence on social media platforms.

The Washington Post reports that Facebook, Google, Youtube, Twitter and Microsoft over the weekend all announced plans to halt or restrict Russian state media propaganda, with plans ranging from bans on apps to labeling propaganda posts.