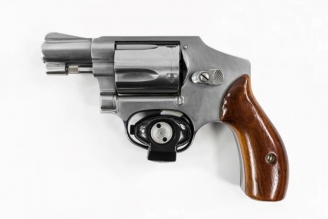 February 25, 2022 (San Diego) – Starting today, a new County of San Diego ordinance requiring that all guns be safely stored takes effect. It requires all guns in homes or structures near a home to either be secured with a trigger lock or be locked away in a container.

The only exception is if the firearm is within the immediate control of an authorized person.

Acting Sheriff Kelly Martinez said, “Gun locks are an important safety measure that can provide critical time between someone having an impulse and taking action.”

Data from the Centers for Disease Control and Prevention shows 117 children and teenagers were unintentionally killed with firearms, and more than 1,160 children and teenagers took their own lives by using firearms in the United States in 2019. In that same year, 54 children and teens died by suicide in California due to the use of firearms. Studies have demonstrated the risk of suicide is higher in homes where a firearm is kept loaded or unlocked. 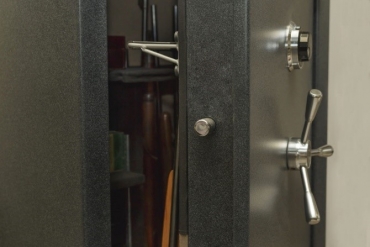 The ordinance applies to all unincorporated areas of San Diego County. 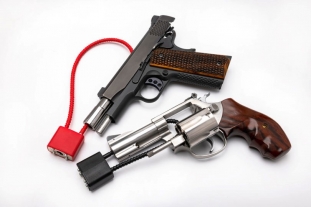 Photo, left: an example of a locked disarmed and secured semi-automatic hand gun and revolver pistol.