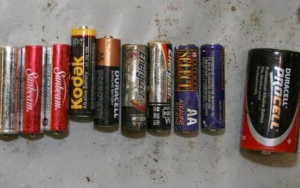 The settlement resolves allegations that Safeway stores and distribution centers, including its Vons, Pavilions and Pak ‘n Save stores, violated California laws for the safe storage, handling and disposal of hazardous and pharmaceutical waste from spills and customer returns of hazardous products. That includes electronic waste such as used batteries, medical waste, cleaners and more.

Seven of the 64 stores in San Diego County that were involved in the suit have closed.

District Attorney Bonnie Dumanis states, “Safely handling hazardous waste protects our environment and is vital to the health of all Californians.”

As part of the judgment and injunction, California Safeway stores have adopted new policies and procedures designed to eliminate the improper disposal of retail hazardous waste products and pharmaceutical waste into store trash bins for eventual disposal into local landfills.

In addition, the corporation must pay $9.87 million in civil penalties, costs and supplemental environmental projects.  Safeway must also provide training to store managers to assure environmental compliance at the store level and conduct annual store audits.

San Diego City Attorney Jan Goldsmith concludes, “Through this sort of collaborative effort by City Attorneys and District Attorneys throughout the state, businesses can be brought into compliance with the law and meet their responsibilities to protect our environment.”

I had extensive training in handling and disposing of hazardous materials. I worked with a Captain from the SDFD to clean up an area where I worked that had been used as a place to dump waste oil, herbicides, pesticides, etc. Another location I managed was as bad or worse. Then it was on the QT, today someone would go to jail. I was well trained and always used the proper PPE, never had an exposure but others weren't as careful.