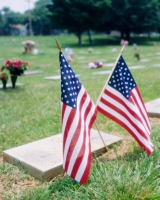 April 19, 2014 (Ramona) – The Medical Examiner has not yet released the identity of a 29-year-old active duty sailor and Ramona resident who died April 11 following a head-on collision in Julian.

The victim was driving a motorcycle northbound on State Route 79 north of KQ Ranch Road when he crossed the center line and struck an SUV head-on.  He was pronounced dead at the scene of a head injury.