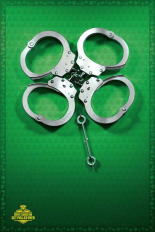 As Saint Patrick's Day approaches, Sheriff Bill Gore and the AVOID the 15 DUI Task Force are urging drivers to plan a safe ride home and never get behind the wheel drunk or drugged. Deputies and officers throughout San Diego County will be on high alert cracking down on drunk drivers as part of its Drive Sober or Get Pulled Over safety campaign.

The National Highway Traffic Safety Administration or NHTSA says more than 700 people were killed nationwide in crashes involving drunk drivers during the Saint Patrick's Day weekend from 2006 to 2010.

“Whether you are meeting a few friends at the local pub or attending a local event or party, if alcohol is part of the festivities, make sure you designate a sober driver to get you home safely,” said Sheriff Bill Gore.

Plan a safe way home before the festivities begin and designate a sober driver.

Use your community’s sober ride program.

If you happen to see a drunk driver on the road, don’t hesitate to report them ‐ Call 911!

And remember, if you know people who are about to drive or ride while impaired, take their keys and help them make other arrangements to get to where they are going safely.