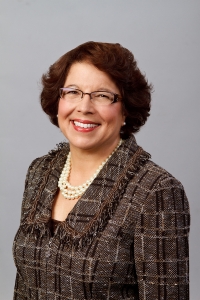 January 26, 2016 (San Diego)—Former Assemblywoman Lori Saldaña announced on her Facebook page that she has filed papers to challenge San Diego’s Republican Mayor Kevin Faulconer. A long-time progressive, environmental leader and former Assembly Speaker Pro Tem, Saldaña was a Democrat for years but will be running as an independent.

Saldaña has said that her main issue will be inequality in income and city services, including lack of high-speed internet in low-income communities, crumbling city infrastructure, and lack of affordable housing, Voice of San Diego reported.

“I’m running to give voters of San Diego a choice,” Saldaña said, adding that she will be “there for people who otherwise feel disenfranchised by the process…I want to encourage more people to turn out to vote and I want to have a very spirited debate on the future of this city.”

Six months before the June election, Faulconer had been poised to run unopposed by any prominent challenger after labor leader Gretchen Newsom pulled out of the race due to family issues.

In the Assembly, Saldaña championed rights of women, minorities, environmental protection and water reclamation. Saldaña is past president of the San Diego Sierra Club. While in the Legislature, she coauthored the Million Dollar Solar Initiative and AB 32, the global Warming Solutions Act, both of which became enacted as landmark laws.  She has also been outspoken against industrial-scale energy projects in remote areas , advocating for rooftop solar and other clean energy sources produced where power is used in the urban areas.

She holds a professional certificate in Women in Power from Harvard University’s Kennedy School of Government, as well as a Masters Degree in Education from San Diego State University.  She served as associate dean at San Diego Community College District  and now teaches in Women’s Studies Department at San Diego State University.   She was appointed by President Bill Clinton to serve on the Border Envrionment Cooperation Commission’s  Advisory Council  and later ran for Congress against Brian Bilbray.  While in the Assembly, she was named Legislator of the Year by four different organizations representing veterans, school nurses, women’s health and conservation interests. She later received the People’s Mic Award from KNSJ radio.

Saldaña left the party in September 2014 following a heated Congressional primary race won by Scott Peters. She also rankled party leaders in 2013, warning about Bob Filner’s actions toward women before he was elected Mayor.  Filner later resigned over sexual misconduct.