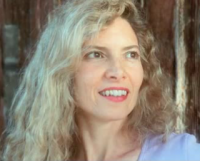 The lawsuit contends that defendants have “imposed a permanent physical occupation of Plaintiff’s residence without consent and without just compensation. `At the very core’ of the Fourth Amendment "stands theright of a man to retreat into his own home and there be free from unreasonable governmental intrusion." Silverman v.United States, 365 U. S. 505, 511 (1961)

Cooney has  moved to the National Radio Quiet Zone in West Virginia to escape the radiation and considers herself a “refugee” from radiation exposure, La Mesa Patch.com reports.  She hopes to return to California someday, but only if she can be free of radiofrequency(RF) radiation.

“It so injured me that I couldn’t tolerate anything anymore,” Cooney told The Daily, a newspaper in Green Bank, West Virginia. The newspaper quotes a local real estate agent who says the quiet zone has attracted other people seeking refuge from radiation, since the Radio Quiet Zone is also free of cell phone towers.

Cooney invites attorneys and organizations willing to assist with her legal case to contact her at celestecan@hotmail.com. She has also urged the public to file similar lawsuits and gives permission to borrow terminology from her complaint, the Center for Electrosmog  Prevention in La Mesa reports.