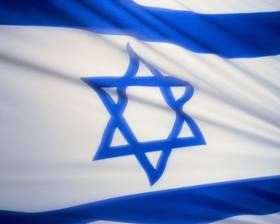 July 22, 2014 (San Diego)--The impacts of violence in Gaza are being felt here in San Diego.  Over 700 people turned out on Sunday at a rally in a San Diego park to raise donations for humanitarian relief in Israel. The rally was organized by the Jewish Federation of San Diego County.

Hamas, the terrorist group that controls Palestine, has been bombarding the Gaza area with rockets.  Israel has retaliated to destroy tunnels built by Palestinian militants. Casualties on both sides are high, with the civilian death toll mounting.

Congresswoman Susan Davis stated, “No country, large or small, would tolerate rockets raining down on their cities.”  She denounced Hamas, the terrorist organization that controls Palestine, for shamefully using their own residents as human shields.”

Representative Scott Peters also voiced support for Israel’s right to “defend itself and its children.” He added that during his visit to Israel last year, a missile targeting the hotel where he was staying was shot down by the Iron Dome missile defense system.

A minister brought a ram’s horn, or shofar, to show his solidarity with Israel.

But on the opposite side of a fence, counter protesters denounced what they view as overwhelming use of force by Israel in response to the rocket attacks on Israeli cities. One protester claimed Israel’s leaders are “war criminals.”

Israel has warned residents before the retaliatory attacks, but Hamas has urged its citizens not to leave and hails those killed as martyrs.

Israel was established after World War II by the United Nations as a safe haven for Jews after the Holocaust resulted in the deaths of 7 million Jewish people.  In recent years, Israel has taken in many more Jewish refugees fleeing violence and persecution in the Middle East and other places.  Israel is their historic homeland, but the Gaza region is also the historic homeland of the Palestinian people and thus far, peace in the region remains an illusive goal.