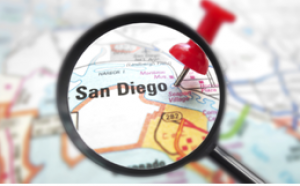 March 26, 2015 (San Diego)--If you think San Diego is having some growing pains, you may be right.  The Census Bureau’s numbers are in, and San Diego County is now the fifth most populous county in the nation.

So where are those four counties with populations bigger than San Diego County?

Two other California Counties—Orange and Riverside, also made the list of the top ten most populous counties nationwide.