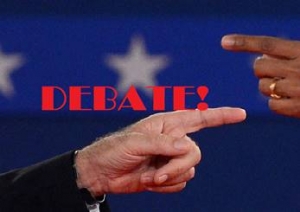 East County News Service
Image based on creative commons photo via Bing
February 1, 2020 (San Diego) — The Greater San Diego Association of REALTORS (SDAR) and SDMLS will host back-to-back candidate debates on Friday, February 14 for California’s 50th Congressional District (the race to fill the vacant seat formerly held by Rep. Duncan Hunter) and City of San Diego Mayor. The #SDARdebates is a special event that will take place from 1 p.m. to 4 p.m., following the annual New Laws & Industry Outlook event. Moderating both debates will be Matthew T. Hall, editorial and opinion director at The San Diego Union-Tribune and president-elect of the national board of the Society of Professional Journalists.
You are invited to attend and cover this major political event with an expected audience of 400 people. Registration is free and required for admittance to this event.
There are many important races on the March 3, 2020 Primary Election ballot, but few can match the level of public interest in the contests for San Diego Mayor and California’s 50th Congressional District.
Candidates will be asked about the issues most important to our region including the housing supply, rent control, homelessness and much more!
What:
Two, back-to-back debates will be held. One will feature candidates for California’s 50th Congressional District. The other will feature candidates for San Diego Mayor.
When:
Friday, Feb. 14, 2020 from 1:00 p.m. to 4:00 p.m.
Where:
DoubleTree by Hilton Hotel San Diego - Mission Valley, 7450 Hazard Center Drive San Diego, CA 92108
Who:
50th Congressional District Candidates:
City of San Diego Mayor (non-partisan):