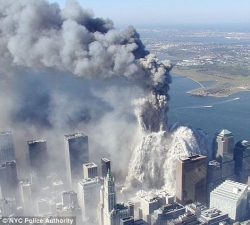 Currently, there are no known threats to the San Diego region, in spite of continuing efforts by al-Qa’ida and its associates to strike the homeland. According to published reports, there have been 39 foiled terror plots since 9/11. (Heritage Foundation Report, 2011)

However, Federal and local law enforcement officials remain concerned that al-Qa’ida may use the 10th anniversary as an opportunity to strike. That, coincided with the death of Osama Bin Laden, may trigger home grown violent extremist to commit acts of violence in the United States. (CBS News, 2011)

Local and federal authorities are also mindful that domestic extremists groups may view the anniversary as an opportunity to lash out at individuals or groups they mistakenly blame for 9/11, including people who are Muslim or are perceived to be Muslim and institutions, such as mosques.

Law enforcement personnel or community members with information about violent extremist, regardless of their ideology, should report this information to the FBI, San Diego Police Department or the San Diego Sheriff’s Department. The numbers are listed below.

The following behaviors on whole or in part might be indicators of attack planning:

Certainly, there are other behaviors one might see to lead someone to believe the person is intent on violence. If behaviors are noticed community members should contact the police at (619) 531-2000, the FBI at (858) 565-1255 or the San Diego Sheriff’s Department at (858) 565-5200. On-line reporting is available at http://www.sdlecc.org.
All persons must avoid judging a person’s intent on religious creed, familiar history or ethnicity.