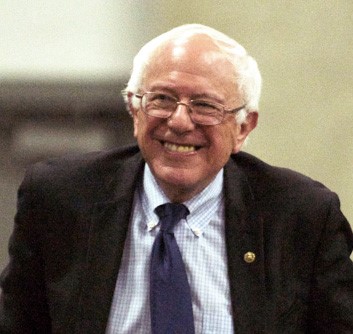 August 18, 2016 (San Diego) -- Local supporters of the Bernie Sanders campaign are meeting to plan next steps for building the political revolution that Sanders called for.  The event, dubbed “Beyond Bernie: Uniting the Political Revolution” will take place on Saturday August 20, 2016 at the Logan Heights branch of the public library (567 S. 28th St., San Diego) -- from 1:00 to 4:00 p.m.

The program includes report-backs from the Philadelphia Democratic convention, a panel discussion on where the movement goes from here and a number of workshops on such subjects as running progressives for local offices, the Jill Stein Presidential campaign(Green Party), California ballot initiatives, election integrity, criminal justice reform, creating a life support sustaining economy,  and electoral reform.

Vermont Senator Bernie Sanders’ presidential campaign stops attracted huge crowds across the country.  Though Sanders ultimately endorsed former Secretary of State Hillary Clinton after she received the most delegates, he has pledged to continue leading a national effort to reform the political process and bring more progressives into political offices.

Participants will have the opportunity to participate in discussions from the floor and make their own proposals to the gathering.

Sean Bohac, a former Sanders campaign volunteer and one of the organizers of this event, explained: “The onus is on you and me to make value out of the Bernie Sanders Political Revolution. We do that by finding ways to stay together, grow our strength and unite to overcome corporate control of our political system. We are getting that started with this people's conference. For San Diegans who support the political revolution, there is nothing better that you could do to continue Bernie Sander's effort to make radical change in our politics than coming to 'Beyond Bernie: Continuing the Political Revolution.’”

A fine mess, all of it! I keep hearing echoes of how Democrats do things better than Republicans. They both feed from the same trough.
because Bernie defied the establishment which made his task impossible, including with Darling Debbie at the DNC to the Washington Post (which erroneously declared Hillary winner of the early debates when polls indicated the opposite) to the stacked undemocratic "super delegates." Calling this country a democracy doesn't hold up under these and other iniquities against its citizens.