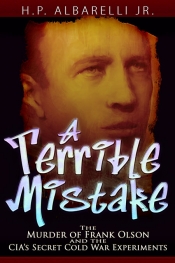 "This is not only the story of my life; it is the story of a way of life, a policeman’s way of life. A particular kind of policeman; a federal narcotic agent of the era that precedes the immediate present….Morals and vital truths you’ll have to draw for yourself, as separate dividends. As a former newspaperman I know better to set down more than the what, the who, and the where. And the me. I wouldn’t have changed a minute of it." – George Hunter White, 1970

"I don’t dislike criminals. I have a lot of friends who are murderers. When I used to hang around with gangster types, I had very good times in their company." – George Hunter White, 1971 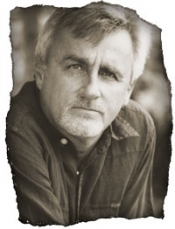 George Hunter White is a central character in H.P. Albarelli’s true thriller, and a runaway best seller, A Terrible Mistake – The Murder of Frank Olson and the CIA’s Secret Cold War Experiments.

Born in Los Angeles on June 22, 1908, White had moved with his family to Alhambra, California, where his father was an official with Bank of America. White went on to work as a newspaper reporter, first for the San Francisco Bulletin and then the Los Angeles Evening Express. White quit journalism in 1931 when the Hearst conglomerate took over his Los Angeles employer, which would lead him down a slippery slope of spying , espionage, and the machinations of the CIA.

From 1932 to 1934, White worked in California for former Justice Department agent, Harold H. Dolley, a noted private detective and state law enforcement official. Dolley became White’s early mentor and taught the twenty-two year old everything he knew about investigative work. Dolley was also responsible for having infamous West Coast “rope,” or swindler, Iris Ford, privately tutor White in the intricacies of her trade. Under the tutelage of Iris Ford and Harold H. Dolley, White was being groomed for his later involvement with the CIA and Frank Olson. 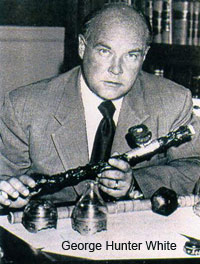 Following Dolley’s sudden death in San Diego, White would go on to work for the U.S. Immigration Service’s Border Patrol on August 30, 1934. After seven months, given his investigative experience and ability to speak Spanish, he was assigned to the Patrol’s Intelligence Unit, in Calexico, California. He would work undercover in several border towns and cities for nearly eighteen months, frequently coming in contact with federal narcotics agents, including Spencer Stafford, who was shot and killed by a corrupt, machine-gun toting local sheriff in 1935 in Post, Texas.

Stafford and other narcotics agents had encouraged White to become a federal “dopebuster,” and in late 1935, White took the entrance exam for employment with the Federal Narcotics Bureau. With assistance from a close friend of his father, U.S. Senator William Gibbs McAdoo, former Secretary of the Treasury under President Woodrow Wilson, White was hired in 1936.

Thus began one of the most unique law enforcement and intelligence careers in U.S. history, and the start of a chain of events ending when Olson, an Army biochemist working with the CIA would fall to his death from a hotel window in New York City. Twenty-two years later it was revealed that Olson had been drugged with LSD before his death, and in 1996, the New York District Attorney’s Office would open a murder investigation into Olson’s strange death.

“Scientist Killed In Hotel Plunge: Frank Olson, forty-two, a bacteriologist for the defense Department in Washington, was killed early yesterday in a plunge from a tenth-story room at the Hotel Statler, Seventh Ave. and 33rd St., police reported. Detective John Ward said he was identified by Robert Vern Lashbrook, thirty-five, a Defense Department chemist, who was sharing a room with him. Mr. Olson’s address was given as Route 5, Frederick, Md. Police said he has a wife and three children. Mr. Lashbrook was quoted as saying he accompanied him here because Mr. Olson wanted to see doctors about a depressed state. Mr. Lashbrook told police they had been here since Nov. 24 and planned to return to Washington today. Detective Ward quoted Dr. Harold Abramson of 133 E. 58th St., as saying he had three visits from Mr. Olson in the last few days and that he was suffering from a severe psychosis.” 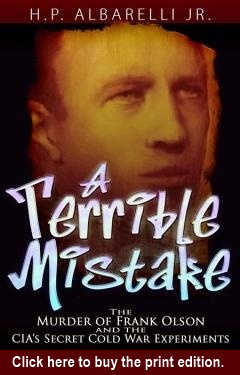 Author H.P. Albarelli has described in his book a rogue government agency whose defining characteristic was dirty, scorched-earth policies carried out at any cost, not unlike recent NSA eavesdropping, which U.S. District Judge Vaughn R. Walker stated in his 45-page ruling was illegal. It remains to be seen if details in Albarelli’s book of unwitting citizens being the subjects of mind-control experiments in efforts to weaponize LSD for battlefield use, will also be ruled illegal. Olson seems to be one of those unwitting citizens who fell prey to these mind-control experiments, which resulted in his jumping through a 10th floor window of a New York City hotel.

This is to advise you that I consider the unwitting application of LSD in an experiment with which you are familiar to be an indication of bad judgement on the part of two members of your staff: James H. Drum and Dr. Sidney Gottlieb. – Allen Dulles, CIA Director, February 10, 1954.

Albarelli explains in his book that many of the techniques employed by the CIA that resulted in Frank Olson’s death are still being utilized at “Black Sites” around the world. This is a riveting book that delves into the darkest corners in the CIA’s history, equally disturbing for being grounded in current day reality. Just as in Nick Bryant’s The Franklin Scandal, and Charles A. Bonner’s The Bracelet, this book describes attempts by powerful people to cover up the truth. H.P. Albarelli appeared on a TV program July 11, 2010, “Inside Secret Government Warehouses,” hosted by Lester Holt, to speak about aspects of government complicity profiled in A Terrible Mistake.

"There are serious legal questions that will have to be resolved concerning the Government’s responsibility, the possibility of additional compensation… it might be necessary to disclose highly classified national security information in connection with any court suit, or legislative hearings … to provide additional compensation to the family. Therefore, Marsh, Hills and Cheney strongly recommend that the President limit his remarks to an expression of regret over this tragic event and a willingness to meet … to offer an apology on behalf of the government." – Dick Cheney, then-White House Deputy Chief of Staff to WH Chief of Staff, Don Rumsfeld, July 10, 1975. It is interesting to note that just as Dick Cheney has been embroiled in the aforementioned NSA eavesdropping (Illegal Spying) case, he is also involved in this CIA cover-up.

I highly recommend H.P. Albarelli’s A Terrible Mistake, The Murder of Frank Olson and the CIA’s Secret Cold War Experiments, which is filled with characters deep into intrigue, reading like a John Grisham novel. 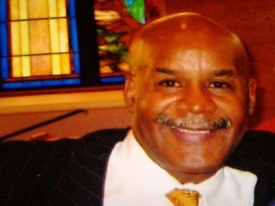 Dennis Moore is a member of the San Diego Writers/Editors Guild, and has written for LifeAfter50 Magazine in Pasadena, California, and the Baja Times Newspaper in Rosarito Beach, Mexico. Mr. Moore can be contacted at contractsagency@gmail.com.

Thank you so much for this insightful review. I found myself so captivated by your presentation and review that I am definitely going to go and get this book and put it at the top of my "must read" list.

As a writer of suspense, mystery and thrillers, I really appreciate the way you bring books like this to the attention of readers and writers.


BEYOND JUSTICE in the Amazon Kindle Ebook store

Thank you Mr. Graham, from what I have read of your book, "Beyond Justice," your book is just as intriguing.