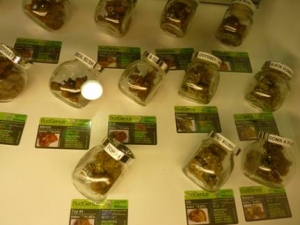 February 28, 2014 (San Diego)--By an 8 to 1 vote, the San Diego City Council has voted to create new zoning laws allowing up to 30 medical marijuana dispensaries within the city limits – up to four in  each council district.

Interim Mayor Todd Gloria , in one of his final actions before turning over leadership of the city to incoming Mayor Kevin Faulconer, said the ordinance provides “clear and fair rules” to allow medical marijuana patients access while protecting neighborhoods from potential negative impacts.

To provide funds for additional code enforcement, dispensary owners must apply for a conditional use permit and pay a fee ranging from $8,000 to $24,000. The ordinance will require approval from the California Coastal Commission, which will likely rule within 90 days.

Only Councilman Mark Kersey voted against the measure, because he noted that marijuana is still illegal under federal law although California voters passed an initiative allowing medical marijuana back in 1996. The Obama administration has indicated it won’t prosecute over marijuana sales in states that legalized all uses including recreational, but  has not signaled whether or not it may crack down on medical marijuana even in states that have legalized medical usage.

The new zoning laws cap a five-year battle in the city over how to regulate medical marijuana clinics.  Council previously passed a strict ordinance and later rescinded it to avoid election costs after citizens qualified a measure for the ballot that would overturn the measure if passed.   But a proliferation of shops, some reportedly offering marijuana on dubious medical grounds, has renewed efforts at regulation.

It's about time the supervisors got their heads on straight. Lot's of good people out there have been driv'in back to the streets to get their meds. At least now they can buy cannabis without worrying about the quality.