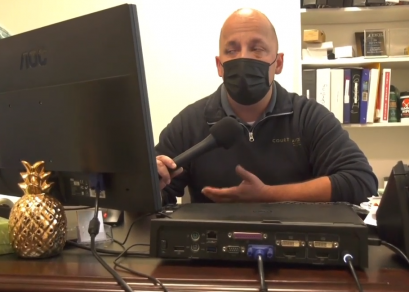 Measure C is a measure that increases hotel taxes to expand the convention center and provide support for homeless initiatives.

It was a controversial decision for the San Diego City Council to make because the measure missed the two-thirds vote needed on the election.

In spite of that, some council members were hopeful and cited an existing court decision that said measures need only pass by a small majority when pertaining to tax increases.

Council President Pro Tem Stephen Whitburn of District Three issues a statement saying that 72 percent of voters in his district supported the measure.

His district includes downtown, where the convention center is located, Little Italy, and the surrounding areas.

Wedad Schlotte, a and leader in the San Diego Arab American Anti Discrimination Committee and San Diego Democratic Women’s Club is concerned about where the money will end up. Schlotte is an Iraqi activist who is very active in East County and countywide.

“We voted last November by rejecting Measure C because it did not reach the two-thirds majority required. I don’t trust that the money raised from hotel taxes will benefit the marginalized community,” Schlotte told ECM.

Juan Alaric, General Manager of the Courtyard Marriott in El Cajon is hopeful that the El Cajon tourism community will still be booming .

“Yes, the taxes are going to be a little bit higher but are they going to go ahead and decrease our occupancy? I really don’t think so,” said Alaric.