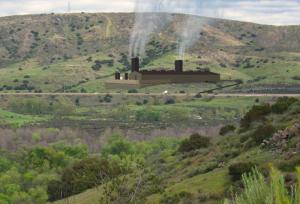 They will call on the City Council to uphold a recent Planning Commission decision to deny a community plan amendment request that would have paved the way for a 100 megawatt gas-fired power plant on open space designated land adjacent to Mission Trails Regional Park. 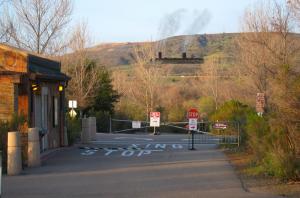 The meeting will be held in the San Diego City Council Chambers, 202 C Street, 12th Floor, San Diego, CA. Over 100 San Diegans plan to be in the Council chambers wearing colorful t-shirts, holding signs, and giving testimony against the project.

The project developer, Congentrix, has contended that the project is needed to meet peak power needs and as backup for times when the "wind doesn't blow and the sun doesn't shine" as large-scale desert wind and solar projects come on line down the road. Cogentrix recently submitted revised plans to decrease visual impacts, though many concerns remain.

According to a press release sent by opponents, Coalition speakers will call on the council to:

Where as, the proposed location of the Cogentrix power plant is next to Mission Trails Park, close to schools, and residences which will result in poor air quality and noise pollution,

Where as, the San Diego City Planning Commission refused to begin the process for a necessary zoning change from open space to industrial,

Where as, Cogentrix must be convinced that if there is a need for more power, their efforts would be better realized by placing the plant in an industrial area  where it belongs,

Therefore be it resolved, that the East County CRA and the Greater Santee CRA oppose the Quail Brush Power Plant and urge the San Diego City Council to uphold the will of the people and for the sake and safety of the community, by denying the appeal by Cogentrix for a zoning change and take a firm stand against the Quail Brush Power Plant, on this day of September 19, 2012.