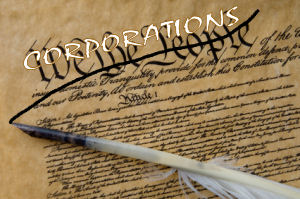 December 7, 2012 (San Diego)--In a stunning unanimous vote Tuesday, the San Diego City Council supported a Constitutional amendment to overturn the U.S. Supreme Court’s Citizens United decision, which allowed virtually unlimited corporate donations to political campaigns. The vote was 8-0 to limit the power of money in politics, with one absent councilmember not voting.

The resolution asks Congress to begin the process to amend the U.S. Constitution to overturn the Supreme Court’s 2010 decision Citizens United v. Federal Election Commission “so that the expenditure of corporate money to influence the electoral process is no longer a form of constitutionally protected speech.”

Councilmember Marti Emerald introduced the resolution, calling it "an important message to send to Washington D.C.”  Council President Todd Gloria said “the Citizens United case has affected our local campaign finance laws and we do need this action.”

The San Diego resolution was proposed by MOP (Money Out of Politics), a grassroots coalition led by Common Cause, the League of Women Voters, and Women Occupy San Diego.

San Diego joins over 350 cities and 12 states that have passed similar resolutions.

Kathay Feng, California Common Cause Executive Director, praised the action by the council, saying, “San Diego, the eighth largest city in America, has joined the national effort to reverse this unjust decision.  The whole amendment process and the national coalition are gaining strength, gaining momentum.”

In 2010, The US Supreme Court ruled in the case Citizens United Inc. v. Federal Election Commission that corporations had the same rights of free speech as living citizens, as well as the right to raise and spend any amount of money in an election. The decision wiped out state campaign finance laws all across the country and opened the floodgates to vast amounts of money pouring into the political process.

John Smith, Common Cause organizer in Southern California, congratulated Councilmember Marti Emerald for her leadership in bringing this resolution to the San Diego Council.  He also applauded the grassroots effort behind the resolution, which was led by the organization Money Out of Politics, and supported by Common Cause and the League of Women Voters.  Said Smith, “This was a perfect example of how a small group of citizens can work with local government to achieve a goal. Now look for other cities and other states to realize the danger of Citizens United to our political system and to get behind the amendment

“This is really exciting to see traditionally conservative San Diego take this stand,” said MOP co-founder Pam Page.  “This puts San Diego in step with other city and state governments who are calling for action to restore our democracy."

The MOP coalition will continue working to raise awareness and build the movement toward passage of an amendment establishing that corporations do not have the rights of people and campaign contributions are not free speech.

Politics has become more of a fire sale to the highest bidder (read: candidiate with the most money tom spend) instead of the one man - one vote with respect for the rights of minority viewpoints idea built into the Constitution by the Founding Fathers. I agree with the position if the backers of this movement to remove corporate money from our elections. But, we also need to remove the money sspent by labor unions in our elections. Neither corporations nor unions should be defined as citizens, as they are now. Let's ask Congress to act against both of these evils, and to act soon!