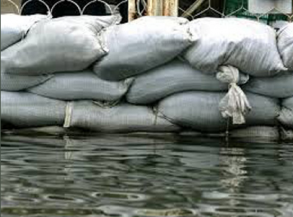 The board voted to approve Supervisor Dianne Jacob’s proposal to team up with Cal Fire and ensure that the region’s nearly 500 work crew inmates are quickly available to assist with flood prevention and cleanup.

Jacob said, “It’s critical that we do all we can to protect people and property if El Niño hits hard this winter. “These crews mean more boots on the ground during this potentially stormy season.”

The state houses the inmates at work camps in Boulevard, Rainbow and Warner Springs, as well as at La Cima Conservation Camp in Cuyamaca Rancho State Park. The crews are often deployed to major wildfires in the region.

The board authorized county executives to strike an agreement with local Cal Fire officials to permit the speedy deployment of the inmates without clearance from Sacramento.

Supervisor Jacob’s initiative is part of a broader county effort to prepare homeowners and businesses for possible flooding this winter. The county is also providing free sandbags to property owners and advising them to take steps to prevent soil erosion. Bags and sand are available at fire stations in Alpine, Boulevard, Crest, Dulzura, Julian, Ramona and Rancho San Diego.  Bring your own shovel.

According to a recent study by National University, more than 50,000 local residents and nearly 5,000 businesses are within 100-year flood zones that could be inundated during extensive rainfall.

Since 2003, the county has invested more than $320 million on fire protection and other public safety improvements to better protect communities during a wildfire, flooding or other disaster.

A climatologist for NASA’s Jet Propulsion Laboratory told the Los Angeles Times El Niño is expected to hit hard in California after the New Year. From then until March, he said, Californians are likely to experience “mudslides, heavy rainfall, one storm after another like a conveyor belt.”