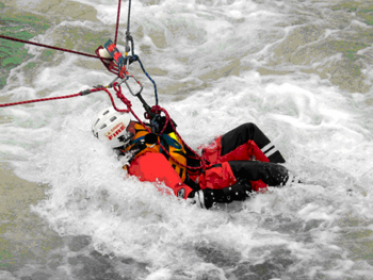 February 16, 2017 (San Diego's East County) - With the arrival of another powerful winter storm on Friday February 17TH San Diego County Fire (SDCF) is once again taking steps to ensure an aggressive response to weather related incidents.  Although rain is the focus of this week’s storm, high winds are also expected and could potentially bring the threat of downed trees.

Beginning today, SDCF and CAL FIRE will staff two swift water rescue teams with one staging in the north county and the other at CAL FIRE headquarters in Rancho San Diego.  Both resources will be staffed 24 hours a day until the threat has passed and will be available to all agencies countywide.  Also available to the region are eight CAL FIRE hand crews for flood fighting operations which can include filling sand bags and building diversion dams.

CAL FIRE and San Diego County Fire Chief Tony Mecham would like to remind the public that the rains are expected to bring hazardous driving conditions through the weekend.  As a result the public is urged to find alternate routes around flooded roadways and are asked to never drive into standing or running water.