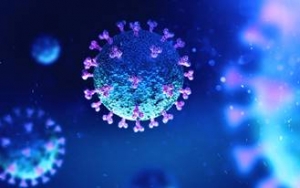 By Chris Jennewein, Times of San Diego, a member of the San Diego Online News Association
Photo courtesy: San Diego County News Center
November 28, 2020 (San Diego) - San Diego County health officials reported a record 1,802 new COVID-19 infections Friday, raising the region’s total to 78,159 cases, but no additional deaths.
Friday marked the 17th consecutive day that more than 600 new cases were reported. The county’s death toll remains at 996.
The virus is surging across the country in a second wave. The Centers for Disease Control and Prevention on Friday reported 324,358 new cases and 3,668 more deaths for a total of 262,673 nationwide.
In Los Angeles County, authorities announced that all social gatherings of individuals from more than a single household will be banned for at least three weeks starting Monday. Residents were advised — but not required — to stay home as much as possible.
In San Diego County, a total of 21,671 tests were reported Friday and 8% of those came back positive, bringing the 14-day rolling average of positive tests to 5.5%, according to the County Health and Human Services Agency.
Of the total number of cases in the county, 4,544 — or 5.8% — have required hospitalization and 1,015 patients — or 1.3% of all cases — had to be admitted to an intensive care unit.
A total of 10 new community outbreaks were confirmed Friday, though information regarding what types of locations they occurred in was not available late Friday.
Over the previous seven days, 82 community outbreaks were confirmed. A community outbreak is defined as three or more COVID-19 cases in a setting and in people of different households over the past 14 days.