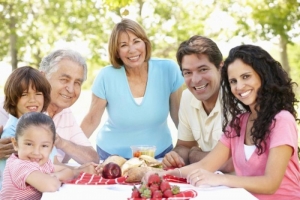 May 8, 2017 (San Diego) -- Undocumented immigrants contribute roughly $3 billion in taxes to California each year, over $1.5 billion of which goes to county coffers.

As communities across the state are speaking out against aggressive deportation policies, the study, State and Local Tax Contributions of Undocumented Californians, estimates that legalizing undocumented residents would lead to an additional $31 million in revenue by increasing undocumented immigrants' earnings and tax contributions as they formally integrate into the workforce. The findings come as efforts to keep local police from enforcing immigration law gain momentum.

"San Diego is a thriving and diverse place, and that's in part to the many contributions of immigrants," said Andrea Guerrero, Executive Director of Alliance San Diego. "This report shows that despite today's hyperbolic rhetoric on immigration, undocumented immigrants are contributing members of society."

"This report finds that undocumented residents in San Diego County pay over $218 million annually in local and state taxes," said Peter Brownell, Research Director at the Center on Policy Initiatives. "Comprehensive immigration reform that allows undocumented immigrants to fully integrate into the labor market would not only improve the well-being of immigrant families but would increase tax revenue for local governments."

To view the full report including methodology, please visit http://itep.org/itep_reports/2017/04/state-and-local-tax-contributions-of-undocumented-californians-county-by--county-data.php#.WQfM9U3bJeV