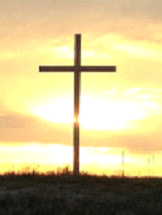 Abiding Place Ministries had sought a restraining order to prevent the county from enforcing its public heath directive, arguing that the order violated members’ constitutional right to religious freedom.

But U.S. District Judge Cynthia A. Bashant ruled that the county has the authority to “reasonably restrict” such rights during a public health emergency. She quoted the U.S. Supreme Court in the Prince v. Massachusetts case, which states, “The right to practice religion freely does not include the right to expose the community to communicable disease…”

Times of San Diego reports that the church claims it made several proposals to the county to practice extreme social distancing, such as have worshippers stay in their vehicles in the church parking lot and listen to services. But the county rejected those offers. The church, which has less than 100 members, argued that failure to assembly on Easter would be an “unconscionable violation of God’s commands.”

County attorneys, in papers submitted to the court, indicated Sheriff’s deputies previously visited the church two Sundays in the row due to violations of social distancing requirements.

The church can livestream its services online or broadcast them on radio, as many other local churches and other religious institutions have been during during the stay-home orders necessitated by the pandemic.

Pastor Mark Spitsbergen of Abiding Place Ministries argued on Facebook that he believed the church’s proposed activities were less risky than grocery shopping allowed under the county health order, but added on a Friday post,. “However, seeing as the court has ruled that we do not have a constitutional right to assemble, then we must at this juncture cooperate with the courts.”

"Congress shall make no law respecting an establishment of religion, or prohibiting the free exercise thereof". . .The pastor suggested an in-car service which wouldn't have put anybody at risk, and he was threatened with police action. This is one example, and there will be others, of government going too far to control citizens, which they love to do.. . .'First they came for. . .'

I went to a church that ended up being a near ground 0 in a hepatitis outbreak. You come to church to be healed, not to get sick. Besides, do you really want the entire Smith family to attribute granny's death to hers or someone's in the family's faith leader's pride?

But, the libertarian in me asks, is that really something we want precedent for as enforceable by the State?

A pastor is a self procliamed leader.