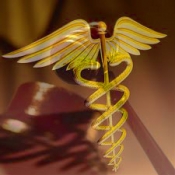 The majority ruled that the ACA mandate requiring individuals to purchase healthcare is Constitutional under the federal government’s power to levy taxes.

The high court ruling will allow provisions in the ACA to stand, assuring healthcare coverage for virtually all Americans including 41 million who previously were uninsured. The ACA also has forbidden the practice of denying people coverage for pre-existing conditions. Young people  will be allowed to continuing staying on their parents insurance until they turn 26. Insurers can't impose lifetime caps on benefits. Plus insurance companies must now spend 85% of premiums on actual healthcare reimbursement--not overhead that had been 30% at some companies.

Benefits not yet realized are the healthcare exchanges, which will allow people who cannot get insurance right now to obtain it in 2014.

Majority Whip Eric Cantor (7th-VA-R) announced that the Republican-controlled House would hold a vote to repeal “Obamacare” on July 11. Given that Democrats control the Senate, however, passage will go nowhere barring a shift in the balance of power after the November election.

Republican Presidential candidate Mitt Romney’s campaign issued a statement that “What the court did not do…I will do on the first day if elected president of the United States, and that’s to repeal Obamacare.”

George McGreggor, General Manager of VEBA, (a health co-op that administers coverage for 105,000 San Diegans), told ECM in a phone interview today that the ACA “will guarantee access to health insurance with pre-existing conditions.”

McGreggor confirmed that contrary to what some opponents of the plan have claimed, in fact private insurance should not change.

Both McGreggor and Professor Susan Channick of Jefferson School of Law advised ECM that nobody should lose their insurance because of the ACA. If you like your private insurance, you have every right to keep it. Professor Channick did qualify that statement; there is a possibility that some employers may decide not to offer insurance, at which time the consumer will be able to get insurance from the State Exchange.

As far as the Medicaid expansion, Channick clarified that in states that choose not to participate, providers themselves, such as hospitals may lobby Governors’ to join the system. This will not be an issue in California, that is moving to set up exchanges.  http://www.healthexchange.ca.gov/Pages/Default.aspx

The goal of the ACA is to contain costs. On the plus side, Channick agreed with McGreggor that it has succeeded in closing the donut hole, and preventative care should be less expensive. This is a clear benefit for Medicare recipients. Chanick does see a potential effect on costs of Medicare Advantage, but she said costs have already been on the rise.

McGregor emphasized that it will be illegal for any insurance company to deny insurance on any pre-existing condition.

According to the American Heart Association the true winners of this decision are patients. “Because of this ruling, the ACA can be fully implemented to help reach the American Heart Association's 2020 goal to improve the cardiovascular health of all Americans and, more immediately, prevent 1 million heart attacks and strokes over the next five years through the Million Hearts initiative,” the AHA stated in a press release issued after today’s ruling.

The ruling will also allow the preventive health screening of millions of people for things like high cholesterol.  In addition, it will enable people to obtain medical care they need, without the fear of losing it due to pre-existing conditions.

Julie Rabinovitz, President and CEO of the California Family Health Council announced  that “Today’s Supreme Court decision is a momentous win for women and Americans across the country.  We commend the Supreme Court for their sound decision to uphold the law, thereby ensuring new consumer protections and access to quality healthcare for millions throughout California and the United States.”

The organization concedes that the ACA is not perfect, but views it as a very good start in the goal of affordable health care for all.

Reaction to the decision from local politicians was swift, and predictable, split down party lines.

Congressman Bob Filner (51st-CA-D), currently a candidate for Mayor of San Diego, said in a news release that “Health insurance bureaucrats can no longer deny a child health care because of a pre-existing condition, millions of young Americans can receive coverage through their family plans until they are 26 and women and minorities are protected from discrimination in health care.

Scott Peters, a Democrat running for the 52nd, Congressional seat against Republican Brian Bilbray, issued the following statement. “"I know we all watched with anticipation as the Supreme Court issued its decision earlier today.  In affirming the President's health care insurance reform initiative, the Court reminded us that the powerful health services industry does not control the administration of health care.  That control rests firmly in the hands of doctors and patients. The President's health care reform initiative is not perfect, but it's a good start.  We still have a lot of work to do to ensure that care is affordable for all consumers and small businesses.  But under the Affordable Care Act, and over time, Americans will benefit from critical patient protections, increased access to the care they need, lower costs, and greater accountability for the insurance and pharmaceutical industries.”

His opponent, Congressman Brian Bilbray, (52-CA-R) denounced the decision.“Simply put, we cannot afford the president’s health care plan. Since its passage, the cost to implement the president’s plan has doubled. The rising cost of health care is making it harder for small business to hire workers.  While the Supreme Court has upheld the Affordable Care Act as constitutional, it does not address the basic factors that drive up the cost of care, namely, excessive litigation by trial lawyers and protectionist policies that do not promote competition in the insurance industry.  These are a few issues we need to tackle if we are going to truly lower the cost of care for all Americans.”

But the California Endowment contends the ACA will save money, not raise costs.  “For our state, today’s decision is both a fiscal blessing and a clear signal that there should be no more excuses,” a release from the organization stated. “Covering the uninsured currently costs our state nearly $10 billion per year and we need to continue to move full speed ahead to ensure that millions of Californians take advantage of the new options and consumer protections provided by the law.”

Congresswoman Davis (53-CA-D) said in a press release that “The Supreme Court came down in favor of San Diegans and the American people. Those paying for their health insurance should not continue to have to pay for those who don’t. While the individual mandate is about all Americans being responsible for their own health care, the entire Affordable Care Act (ACA) is about providing health care access to everyone.”

She also highlighted the effects that the ACA already has had on health care consumers. These include the closing of the Donut hole and preventative health care.

Congressman Duncan Hunter (50-CA-R) posted today, "This ruling on the lawe's constitutional validity doesn't change the fact that it's a bad law. Health care costs are still rising and now, assuming the law is not ultimately repealed by Congress, there will be  hew taxes and higher costs imposed on families and businesses. This law, with is expansive programs and cost burden, is not the right solution to the country's health care challenges."

This has been a common critique since the ACA was passed early in the Obama adminsitration. Time will tell whether it bears fruit, since the ACA is full of provisions to try to control rising medical costs.

The San Diego-Imperial Counties Central Labor Council issued the following statement: ““We can all join in applauding the Supreme Court for standing up for the Constitution and the well-being of millions of Americans whose access to health care was threatened. In the face of intense pressure from corporate special interests, we can now move forward with ensuring that every American has access to affordable health care, strengthening our families, our businesses, and our communities. This is a critical opportunity to provide local families more purchasing power and affirm that lack of access to health care will no longer be a barrier to success. It's now up to our state legislature to make sure that these programs are implemented in the best way possible.”

What ultimately will be the full impacts of today’s historic Supreme Court decision? Many of the ACA’s provisions will not take effect until full implementation in 2014.  Thus like most historic decisions, time will be the judge of its long-term impacts.