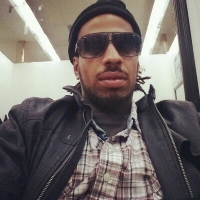 Multiple media outlets are reporting that a San Diego man is believed to be the first American killed fighting with ISIS terrorist forces in Syria. The body of 33-year-old Douglas McAuthur McCain was found with a U.S. passport and cash.

He had attended City College in San Diego and worked at the African Spice restaurant, 10 News reports.  About a decade ago, he converted to Islam and began calling himself “Duale, The Slave of Allah” and Duale Khalid, though his family has said they were shocked to learn of his jihadist involvement.

He had a past arrest record for minor drug possession, theft and disorderly conduct in Minnesota, where he previously lived.  He worked for the nonprofit Dawah-Calling to Allah, according to his Facebook page, which has since been removed, though his  Twitter was still active as of Tuesday afternoon.

"It has become overwhelmingly clear that ISIS poses a threat not simply to the Middle East, but to America. We can only assume that this San Diego man has not worked alone in the radicalization of his ideas. While the United States can work towards eliminating members of ISIS from the Middle East, it is much more difficult to kill an idea. Therefore, the Iraqi Christian community is calling upon the United States to take a constructive role in stopping the flood of radicalized Islam from within our own nation. ISIS is no longer contained to the Middle East. We must ensure that these terrorists do not attain a hold of the minds and hearts of our countries Muslims."

ISIS, short for the Islamic State in Iraq and Syria, has imposed Islamic Sharia law across the regions it has seized in Syria and Iraq, murdering those who refuse to convert to their faith.