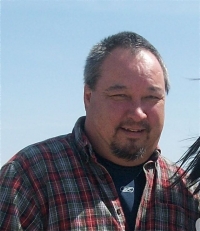 August 17, 2010 (San Diego) – “We want to get the message out in East County, because we feel searches have been done everywhere in North Park,” Kim DeMars, niece of missing San Diego man David Mow, 56, told East County Magazine. Mow sent an upbeat text message to his fiancé at 6 a.m. on July 22. She sent a reply, but became concerned after not receiving a response and asked a neighbor to check on Mow later that day.  Mow had vanished—and he’s been missing ever since, along with his 2005 silver Envoy SUV, California license 5LJV959. 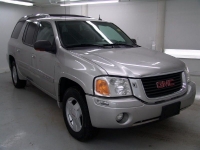 “He’s just a great big teddy bear of a guy,” said DeMars. Mow had a goatee at the time of his disappearance, not shown in media photos circulated at the time.  Mow was hospitalized earlier this year after losing consciousness and may have an undiagnosed medical condition, his niece added.

Family believes he may have been wearing a pink and grey shirt that read I’m all in: original poker apparel. “It was his favorite shirt. He wore it all the time,” said DeMars, adding that the shirt was not found at Mow's residence. 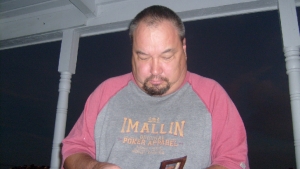 Her uncle constantly text-messaged his fiancé, according to DeMars, who does not believe he left town voluntarily. Her uncle lived at 2512 Boundary Street in North Park. His wallet and cell phone were missing from the residence, but there was no sign that Mow had packed to leave town. “His suitcase was there. His toothbrush wasn’t packed,” said DeMars.

An early riser, he would often go out for coffee or breakfast. His favorite restaurants, coffee shops and stores have all been contacted, but no one recalled seeing Mow since his disappearance, DeMars said. A San Diego Police detective confirmed that border checkpoint tapes have been viewed, but showed no sign of Mow or his vehicle. There have been no sightings and no leads.

Mow has a small mole on his cheek. He is of Hawaiian, Chinese and German descent, though Mow said he can “look Samoan or Hispanic”. He has two children, six brothers and sisters, and an extended family who hope the public will provide new clues that can lead to his whereabouts.

“If they can find his silver Envoy, that’s the missing link,” DeMars said, adding that the car had a leather interior and custom rims similar to those on the similar vehicle shown in the photo in this article. “We’re worried it’s maybe just sitting on some street that nobody’s paying attention to.”
According to Police, Mow used an ATM machine at 2900 30th Street at 11 p.m. on July 21st. According to DeMars, the next morning he sent a text message to his fiancé. She responded with a joke, but never got a reply.

Her uncle enjoyed gambling but was not in debt, DeMars said. He had been planning a trip to Laughlin, Nevada for a poker tournament, but cancelled it because of an accident that blocked roadways. He had been considering rescheduling to leave the day he disappeared, but told his fiancé and family that he’d changed his mind. Calls to Laughlin yielded no indication that anyone there had seen him. Since he had not packed belongings, family does not believe he left town of his own accord.

“We’ve checked all the casinos here. We scoured the parking lots, day after day after day,” DeMars disclosed. The family has also put up posters around town.

Mow owned a kitchen and bath remodeling business that had closed because of the economic downturn. “He’s a homebody who loves to read,” said DeMars.

Family fears Mow may have suffered an accident, met with foul play, or had a medical problem. DeMars recalls his collapse in February, when he went missing and was found unconscious in a local hospital, where he remained for a week. “The doctors thought there was a good chance he had encephalitis,” said DeMars.

The night before he disappeared in July, “He was doing great—his normal happy self,” she recalled. “But he’d been that way right before this incident in February, too…Our fear is he has an undiagnosed medical condition. We don’t know if he’s had another episode.”

A Facebook page (www.helpfinddavidmow.com) has been set up by the family, attracting friends from around the world. Additional photos of Mow are posted there. “Please help us bring David home. We miss him and need him,” a message posted on the Facebook page implores.
If you have any information on David Mow or his silver Envoy vehicle, call San Diego Missing Persons at (619)531-2000.

This is really sad news. People are going missing almost everyday and things are not getting any better. Crime is becoming so prevalent it's the same every where. However reading this article it looks like Mow's case looks different since it is mentioned that before Mow was hospitalized for unconsciousness. I just hope that the people whoever he meets help him out wherever he is so that he can meet his family.
Avon indiana homes