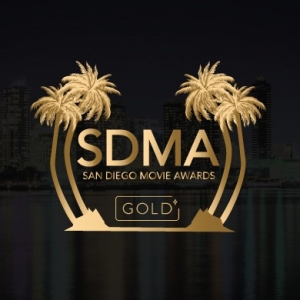 July 5, 2022 (San Diego) -- Celebrating the spirit and achievements of independent filmmakers, the San Diego Movie Awards holds its inaugural festival August 2-5, 2022. The festival highlights films with budgets under $1 million, and seeks to promote the work of independent film makers, not only in San Diego, but across the globe. The three days of screenings will take place in-person at the Museum of Photographic Arts (MOPA) in Balboa Park. View trailer.

The festival also includes a benefit for the Alzheimer’s Association/San Diego and Imperial County on August 2, with a showing of “Not to Forget.”

Birth of a new festival

Festival founder and award-winning San Diego filmmaker Terry Ross sees the need to showcase work that might be eclipsed in festivals dominated by larger budget films. “San Diego Movie Awards is modeled, in part, after Slamdance, which grew out of a need for smaller budget international films to find recognition when Sundance became out of reach for smaller, independent films,” says Ross, festival Executive Director .

Ross’ independent films which include “A Castle in Umbria,” “Carving a Life” and “The Sweet Taste of Souls” have earned accolades and awards in numerous film festivals.

“As a writer, director and producer of independent films, the recognition received from a variety of film festivals has been invaluable in encouraging me to grow and develop as a filmmaker.  The stories told by independent filmmakers are unique and important and reflect a point of view that often isn’t represented elsewhere,” says Ross.

In addition, SDMA is the only San Diego festival that includes a screenwriting competition. As the festival grows, the festival aims to connect screenwriters with producers and filmmakers with distributors so their work can find a broader audience,

As the centerpiece of the festival’s opening night, the San Diego Movie Awards will screen “Not to Forget,” as a benefit for the Alzheimer’s Association San Diego/Imperial chapter. Nominated as Best Feature Film, the movie depicts the struggles of a young man who is caring for his grandmother with Alzheimer’s Disease. Directed by Valerio Zanelli, the film stars Karen Grassle as Melody, the beloved actress who played Caroline Ingalls (Ma) in the NBC television drama series Little House on the Prairie, Tate Dewey as Chris and features academy-award-winning actors, George Chakiris, Cloris Leachman, Karen Grassle, Tatum O’Neill, Louis Gossett Jr., and Olympia Dukakis. There will be a discussion with the filmmakers and cast members after the screening.

Selected from a field of more than 400 entries, the award-winning films and screenplays will be announced on the final night of the festival, August 5. Best of Fest nominated shorts and films will be shown on all three nights of the San Diego Movie Awards. For a complete list of nominated films, visit www.sandiegomovieawards.com

Tickets for in-person screenings are $20 for each block of films. Tickets for the Opening Night Benefit for the Alzheimer’s Association of San Diego/Imperial are $100 and $35 for the awards ceremony on closing night, August 5.  All-access festival passes are $150. Guests will be required to observe and follow CDC COVID-19 policies in place at the time of the festival.

** (Do you want to include “Filmmakers Q&A follows screening” )

Chris, a young con artist is sentenced to take care of his grandmother who suffers from Alzheimer’s Disease. When he discovers his grandmother is wealthy, Chris plans the ultimate heist. But things don’t go as planned and he struggles between his painful past and his newly discovered family values. “Not to Forget” is a powerful and emotional film that raises awareness about a disease that in some ways, impacts all of us.

In Shreds is a story of a middle-aged woman’s 40 year love with her husband, an old dress and the journey back to hope. Written, directed and starring Donna Magnani (“Last Temptation of Christ,” Quantum Leap,” “Prime Suspect”)

A chance encounter between a man and woman who were lovers long ago leads to unexpected revelations.

Lenna is thrust into the spotlight when the details of her sexual assault go viral. As her story spreads, lines blur between physical reality and the social media world when a swarm of strangers force their way into her home and frantically rifle through her belongings in search of answers.

In Hell’s Kitchen, New York, a married coupled scarred by alcoholism, mutual distrust and perceived infidelity, discover love follows no rules and love is a choice.

UNFILTERED THROUGH THEIR EYES

Written, directed and produced during the pandemic lockdown, Unfiltered Through Their Eyes brings insight into how the pandemic impacted children around the world. Thanks to contributing global filmmakers and their commitment, the film brings a new perspective to the pandemic through the eyes of children.

With time of the essence and mounting pressure from the brass, two hip detectives work to protect the sanctity of the game of hockey while investigating a slew of counterfeit pucks threatening the hockey-centric Sauce District. Written, directed and starring Brian Gilleece (“Westworld”, “Daddy Issues”, Ryan Murphy’s “Hollywood”)

the highest mountain passes on the planet, which included the "Most Treacherous Road in the World." Staying at Buddhist monasteries, guest bedrooms and ditches for two months, exploring some of the most hidden corners of the world, it was the people they met along the way that made this trip truly memorable, and provided healing for both of them.

A new visual experience of a powerful endless force.

Having lost the love of his life Zena, Gizón the poet —inspired by the voice of the moon— takes us through a mysterious journey as he meets his greatest challenge: he must let go of time and space to be reunited with his love.

Early in the 21st Century, Man has developed the technology to create humanoid androids with short, fixed lifespans. Ema returns to Earth with the hope of extending her lifespan. After discovering her creator has been murdered, she meets a new visionary poised to continue the fateful experiments.

Lucid dreaming is an altered state of consciousness in which a person is aware that he is dreaming, and can control its content to some extent. Through stunning visual images, the film explores that mysterious state between REM sleep and wakefulness.

When Kip responds to an ad for a “best friend,” he develops a rapport with his potential employer, Eric. Over the course of the interview, the two men explore various scenarios for the way their relationship will play out. Adapted from a short play, The Forgotten Place is a funny, bittersweet and moving look at love and friendship.

A FEAST THAT NEVER COMES

Four characters inhabit cycles within cycles of contentment, discontentment, inertia, movement, desire and betrayal. A story emerges-told through the marriage of music (Ex-Fiancée) and stunning choreography (ChrisMastersDance) – functioning as a set of nesting dolls, inviting you to uncover as many layers as you wish.

Marisol is inspired by the true story of a little girl from East L.A. who dreams of the perfect Quinceañera dress until her life takes a drastic turn after an incident of domestic violence. A story of hope, resilience and love.

A family's bond is pushed to the limits as doctors attempt to save a loved one from a drug overdose.

1989. The Soviet regime is almost over. EST is a road movie that follows the adventurous journey of three Italian boys in a country still under the rule of a dictatorship. An unlikely crew made up of three friends who, almost unknowingly, will know the story of a people’s struggles and their hopes for a tomorrow that may never come. NOMINATED:  BEST FEATURE, BEST DIRECTOR FEATURE,