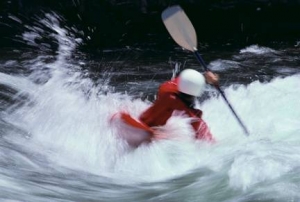 October 12, 2014 (San Diego)--For experienced daredevils, that adrenaline rush is hard to come by when you are scared of virtually nothing. So, where do all of these gutsy guys and gals live and what do they do for thrills and excitement?

To answer the question, LivingSocial looked at which cities and states in the US purchased the most adventurous deals and Escapes (e.g., race-car driving, hot air ballooning, flying lessons, rock climbing, race entries, surfing and diving, etc.) this year.

Coming in at #1, Philadelphia is the city that seeks the most adventure. Beyond the City of Brotherly Love, Southern California is home to the second, third and eighth place cities and counties (San Diego, LA and Orange County), making California the top state.

The top 10 thrill-seeking U.S. cities and areas are:

And the top five thrilling-seeking states are:

Many of the thrill-seeking activities include taking to the water for a shot of adrenaline with adventures such as kayaking, deep-sea fishing, whitewater rafting and twilight fishing.