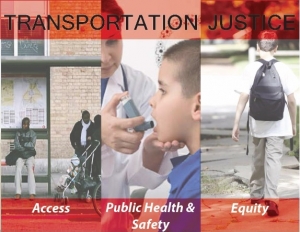 September 13, 2014 (San Diego’s East County) - A statewide survey, done by the Public Policy Institute, found that 77% of Californians think public transit should be the focus of transportation spending. Only 18% said more money should be spent on highways and freeways.(1) This sentiment is strong in San Diego, where more than a decade ago 85% of the respondents said the transit system was the #1 priority.(2) When the question came up again, in 2010, 55% of those polled wanted the transit system expanded, as opposed to 32% who want more roads.(3) Now, as the San Diego Association of Governments (SANDAG) draws up its’ transportation plan, community groups want them to put plans for a freeway expansion on hold. According to Monique Lopez, from the Environmental Health Coalition, San Diego needs to put transit and active transportation first.

“They need to be developed before any more freeway expansion,” she stressed. “We are asking SANDAG to model it” 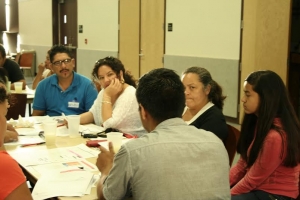 Lopez used a story to illustrate how the transportation system currently favors car owners, “There is a mother who lives in Sherman Heights and works in La Jolla. It takes her two hours on multiple buses to commute to work. She works an eight hour day and then takes another couple of buses back home. She is on a bus for four hours, where it would take her twenty minutes each way in a car.”

“This is an issue of access, an issue of transportation justice,” she added. “She doesn’t have the choice of driving a car, or finding a more efficient transit route.”

How much time would she be able to cut off her daily commute if San Diego invested in more trolley lines? Or more direct bus routes?

The Environmental Health Coalition has been asking people which would they rather see, a freeway extension or improved transit, bike and walk projects?

“Where ever we go, in every neighborhood we go into, very few people choose freeway expansion. The majority choose transit, bike and walk projects. For many, that is how they commute or how they would like to commute.”

“What we have seen in other communities, is that when regional governments invest in transit systems travel time is significantly reduced. People have a better quality of life as a result of it,” Lopez said.

This is not the only concern, “SANDAG is proposing an extension of freeways, which is also a concern because it will increases air pollution especially for those already in toxic hotspots.”

The communities most overburdened with air pollution are often near freeways. 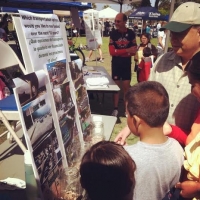 The city’s low income neighborhoods lack pedestrian infrastructure. San Diego recently released a report showing that the inhabitants of less affluent areas are ten times more likely to get hit by a car. There is a need for bike lanes and crosswalks to protect pedestrians.

There are examples throughout the country that show regional governments can reduce travel time, air pollution and create transportation opportunities for individuals.

Lopez added that the Environmental Health Coalition is not alone in raising this issue. Around 14 San Diego organizations have signed on to their transportation justice principles. These include:

“Even organizations like Surfrider, because climate change is an important issue to them because 55% of San Diego’s green house gases come from transportation,” said Lopez.

She gets phone calls or emails, every day, from groups and individuals who want to know more about the transportation justice campaign.

“Right now, SANDAG has an opportunity to right these wrongs, to take one step towards ensuring that transportation justice occurs,” said Lopez. “The first step is modeling, what would transit/bike/walk first scenario look like? Then we can have the conversation about implementing such a vision.”

Hay! People in California love their cars. Get over it!