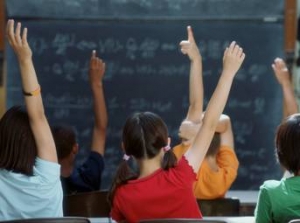 June 5 2014 (San Diego)-- The Vergara v. California trial going on in Los Angeles is an excellent embodiment of the struggle taking place between educator-led school reformists and corporate reform theorists.

David Welch, a wealthy Silicon Valley executive, is financially backing an initiative to do away with protections for California teachers who have acquired tenure. The Vergara plaintiffs want the current system to be replaced so that teachers with the greatest positive impact on incoming students’ test scores would be the recipients of the immunities that teachers who receive tenure currently possess. They believe that seniority is not a valid indicator of teachers’ value as educators.

Corporate reformer theorists like Welch believe that schools can be treated like corporations. They hold that there has to be a perfect model out there for increasing educational standards, and that that model is the same one that they use in their management practices. I.e., corporate reform theorists believe that by giving financial bonuses to teachers for work well done and dealing out layoffs to those who don’t increase the performance of their students, the quality of education that students receive would increase.

The rewards would include things like pay raises for teachers whose students improve, and federal grants, which would be dealt out to school districts that follow the corporate model.

Punishments would consist of things like layoffs for teachers and school directors whose students perform poorly on tests, as well as mass closures of the schools which produce the students that perform the poorest on standardized tests (schools which are generally located in low-income urban areas).

The San Diego Unified School District opposes this system. In San Diego, schools have rejected corporate reform theory time and time again. And even though the district is in the midst of the most intense budget crisis it’s faced since 2008, its students are still improving at a rate that most urban California districts cannot achieve, Voice of San Diego has reported.

Scores in reading and math have increased by 30 and 25 percent respectively, while students have improved their scores in social studies and science by over 50 percent. San Diego students are now among the top performers in these categories compared to the rest of the state. San Diego Unified now has the lowest dropout rate of any urban school district in California.

Replacing San Diego Unified’s current system based off of teacher seniority with a corporatist management layoff strategy would corrode the sense of trust between educators that has been instrumental to the success of San Diego schools. The incentives would be such that teachers would compete with one another to get students into their classroom that have a high probability of raising the class’s average test scores. In cases of educational success, teachers would not share their methods with their coworkers because ensuring their immunity from layoffs would be far more important to them.

Everyone involved in educating students has done everything in their power over the last couple of years to stymie the amount of layoffs being dealt out, as well as to prevent students from feeling the sting of the decrease in school funding. By contrast, the corporate reform proponents have exploited the budget crisis in order to propel their political agenda. They think that if we treat our schools like corporations, our students would excel. The San Diego Unified School District does not agree.