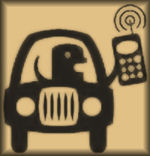 February 12, 2012 (San Diego County) -- Distracted driving is a serious traffic safety concern that puts everyone on the road at risk.  As a result, the Sheriff’s Department and CHP are increasingly cracking down on cell phone use and texting.   Beginning February 13th  through February 18th, Deputy Sheriff’s and CHP officers will be conducting zero tolerance enforcements.  A ticket for violating either the hands free or no texting law costs a minimum of $159 for a first offense and $279 or more for subsequent violations.

“We take the issue of distracted driving very seriously.  Cell phone use and texting while driving is such a serious concern that we are putting deputies and officers on the road to target offenders,” said Sheriff’s Lt. David Gilmore.

According to the California Office of Traffic Safety, drivers who use hand-held devices are four times as likely to get into crashes serious enough to injure themselves.  Younger, inexperienced drivers under 20 years of age have the highest proportion of distraction-related fatal crashes.   In addition, studies show that texting while driving can delay a driver’s reaction time just as severely as having a blood alcohol content of a legally drunk driver.
Studies show that there is no difference in the risks between hands-free and hand-held cell phone conversations, both of which can result in “inattention blindness” which occurs when the brain isn’t seeing what is clearly visible because the driver’s focus is on the phone conversation and not on the road.