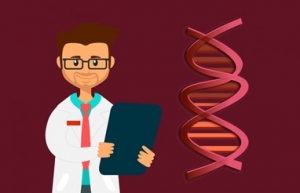 February 18, 2022 (San Diego) – After revelations that San Francisco police used DNA collected from rape kits to charge a rape victim with a property crime, San Francisco’s District Attorney Chesa Boudin dismissed the charges and called the police actions a violation of the Fourth Amendment, which prohibits unreasonable searches and seizures.

So East County Magazine asked the San Diego Sheriff department whether it has submitted rape victims’ DNA collected at hospitals to a database that could be used to link rape victims to other crimes.

Within hours of our request, Lieutenant Amber Baggs, the Sheriff’s Media Relations Director, sent this response:  “No we do NOT do this.  I read the article as well and checked with our Crime Lab Director. We do not match victim's DNA to other crimes. Thank you for asking so this can be clarified.”

In the San Francisco case, the DNA had been collected from a rape victim back in 2016, stored and used to recently charge her with a 2021 crime, the San Francisco Chronicle reported. Ironically, media has been unable to determine whether police every caught or held the rapist accountable in the crime they were supposed to investigate.

Rachel Marshall, a spokesperson for San Francisco’s District Attorney, told NPR that the DA’s office did not know that the police department was using rape victim’s DNA to solve other crimes until the office reviewed paperwork in the recent case.

“This is illegal,” Marshall told NPR, adding that after learning that the procedure is routine for SFPD, “that is what we are working to end.”

Marshall added, “"It is our top priority to ensure that we are not dissuading survivors from coming forward or creating additional barriers" to report rapes.

Boudin is now working with State Senator Scott Wiener and local leaders to introduce legislation that would prohibit DNA evidence from a victim’s rape kit from being used for anything other than investigating that crime.