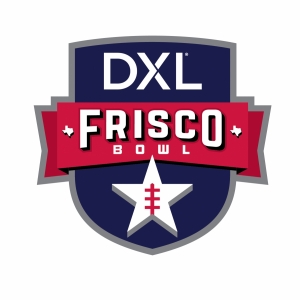 December 2, 2018 (San Diego) - The San Diego State football team has accepted an invitation to play Ohio in the Frisco Bowl on Wednesday, Dec. 19 at 7 p.m. CT. The game will be played at Toyota Stadium in Frisco, Texas and will be broadcast nationally by ESPN.

The Aztecs (7-5) are in a bowl game for the ninth consecutive season, which is tied for the 12th-longest streak in the country. SDSU is one of 14 schools who will play in a bowl game for a ninth straight season. It is San Diego State’s 17th bowl appearance in program history (13th in Division I play).

The Bobcats, meanwhile, are 8-4 on the season.

The Aztecs are playing in the Frisco Bowl for the first time.

SDSU and Ohio will be playing for the first time. San Diego State is 13-0-1 all-time against MAC schools, including a 23-20 overtime win vs. Eastern Michigan this season.

“We are excited to announce the two outstanding teams that will participate in the 2018 DXL Frisco Bowl, the San Diego State Aztecs and the Ohio Bobcats, two premier programs from the Mountain West Conference and the Mid-American Conference,” said Sean Johnson, DXL Frisco Bowl executive director. “Our game will showcase two of the most outstanding coaches in the country that have led long-time winning programs at their respective schools. We are looking forward to welcoming the teams and their great fan bases to Frisco, Texas for an exciting week of bowl events and a fantastic game at Toyota Stadium on December 19.”