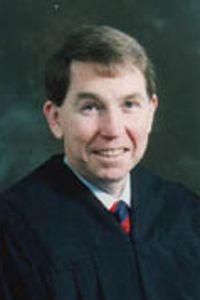 May 6, 2022 (San Diego) – The Honorable Joseph P. Brannigan has retired after nearly 18 years of service on the San Diego Superior Court Bench, ending a storied career that started with a stint as an officer in the U.S. Army followed by time spent as an FBI agent, deputy district attorney and assistant U.S. attorney.

Within his judicial career, Judge Brannigan has handled criminal law cases, mental health cases, and family law cases. He has presided over several high-profile arraignments, civil settlement conferences and served on the Bench/Bar Committee and the Subordinate Judicial Officer Investigations Committee, among others.

“It has been my high honor and privilege to serve the people of San Diego as a Superior Court Judge over the last 17 and a half years,” said Judge Brannigan.

Prior to becoming a judicial officer, Judge Brannigan had plans to follow in his NYPD father’s footsteps as he grew up in Staten Island, N.Y., but he first earned a business degree at St. Peter's College in Jersey City, N.J., and then went on to graduate with a law degree from the University of San Fernando Valley in Los Angeles in 1975.

Upon graduation, he was commissioned into the U.S. Army as a lieutenant after completing Reserve Officer Training Corps (R.O.T.C.) and served as an infantry officer and later assistant judge advocate at Fort Riley, Kansas. While there, he also earned a master’s degree in Administration of Justice from Wichita State University.

Shortly after finishing his time in the Army, Judge Brannigan became a special agent with the Federal Bureau of Investigation in New York City, conducting investigations of white-collar crime, organized crime, and foreign counterintelligence from 1978 to 1986. In between monitoring the activities of communist officials visiting the U.S. and keeping tabs on the New York-area mob bosses, he added yet another degree to his educational resume with an M.B.A. from Long Island University in Brooklyn.

Making the cross-country move to San Diego in 1986, Judge Brannigan joined the District Attorney’s Office and prosecuted state criminal law violations for three years. Judge Brannigan then spent the next 15 years with the U.S. Attorney’s Office, prosecuting bank robberies and bankruptcy fraud in the General Crimes Section and overseeing smuggling cases as a supervising attorney for the Border Crimes Section, Criminal Division.

First elected to the Superior Court in 2004, Judge Brannigan is known throughout the legal community as a judge who is personable, efficient and fair.

“Throughout his time on the bench, Judge Brannigan was known for being a hard-working judge presiding over all manner of cases, and all while maintaining his affable, happy demeanor,” said Judge Michael Smyth, San Diego Superior Court Presiding Judge. “Judge Brannigan is much more than a colleague, he is a close friend, and his much-deserved retirement leaves us sorely missing him.”

Following his 46-year career in public service, Judge Brannigan plans to travel around the United States in his retirement and become more involved in civic affairs.