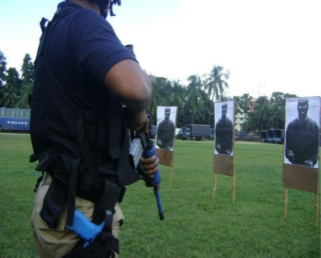 By Miriam Raftery
May 15, 2019 (San Diego) – San Diego County Supervisors and the San Diego City Council have taken polar opposition positions on Assembly Bill 392, authored by Assemblymember Shirley Weber (D-San Diego), which would limit police officers’ use of force.
Supervisors voted 3-2 to oppose the bill, with Supervisors Nathan Fletcher and Nathan Fletcher dissenting. Supervisors Dianne Jacob, Jim Desmond and Kristin Gaspar voted to oppose Weber’s bill and instead back an alternative measure, AB 392. Supervisor Jacob says the bill would put “too heavy a burden” on law enforcement officers.
By contrast, the San Diego City Council voted 6-2 to support Weber’s bill after 120 speakers urged them to do so, Times of San Diego reports. City Council members Scott Sherman and Mark Kersey voted against the resolution, while City Councilman Chris Cate was absent.
The bill is opposed by the Deputy Sheriff’s Association and San Diego Police Chief David Nisliet. Chief NIsliet blamed social media for spreading what he calls controversial images and inaccurate statements” while some critical events are unfolding.
But backers of the bill note that 172 people were killed by police officers in California in 2017, and half of those who were killed did not have a gun.
The measure would hold an officer liable for homicide if an investigation finds that the officer acted with criminal negligence, or if use of deadly force became necessary due to the officer’s own conduct.
Flora Rivera, whose younger brother, Raul Rivera, was killed by an SDPD officer last year, told the board “Community trust is undermined when lethal force is used unnecessarily.”  She told the board her brother was mentally ill and needed compassion.
Clovis Honore, president of the NAACP’s San Diego branch, told Supervisors, “In a democracy, we need to weigh the voices of the underprivileged,” adding, “The next time a cop guns down someone here, that blood may be on your hands.”
Weber’s bill was approved by the Assembly Public Safety Committee last month and the full Assembly is expected to vote soon.

Can be very daunting at times. Take some time and visit YouTube and watch videos pertaining to police involvement with unruly citizens and one will see how tough and unnerving a job it can be. Shootouts are quite common, as is police chasing bad guys. It generally takes a man or woman with nerves of steel, the ability to react extremely fast in a given situation, along with a calm, understanding demeanor when dealing with the public. Plus a broad understanding of the laws, city ordinances, and penal code. Now, ask about how many police officers are on official duty at any given time in your city and I think you might be shocked! El Cajon for example (depending on who one speaks with) generally has 6 to 12 sworn officers on duty per shift! For a city of an estimated 130,000 people, it's not nearly enough! As to the salary - I think the pay could be more, considering the fact that these men & women literally put their lives on the blue line every day. And don't forget the officers and other employees we don't see. Undercover police, crime scene techs, dispatchers, and many others. They love their work though. I have relatives who are retired from different police departments, and acquaintances from others, so yeah I know a little about how it is.
I have difficulty with non enforcement people, making decisions regarding split second decisions an officer has to make. With body cams and available backup, let them do their job without getting killed stalling out because political law. Keep nit picking our police, you will end up with shortages.