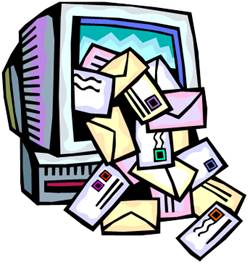 July 27, 2017 (San Diego) -- On Tuesday evening, the San Diego Unified School Board unanimously adopted a policy to delete all emails from district servers after one year despite a recommendation from the San Diego chapter of the Society of Professional Journalists to retain them for two years as other large California school districts do. San Diego SPJ spoke at the meeting, raising concern with this and the fact that district employees will be charged with deciding which emails are public records.

Trustees voted on the new policy after only about five minutes of discussion. There was not a formal presentation on the proposal.

“San Diego SPJ is committed to trying to get answers to outstanding questions and concerns about this policy change,” an email from SPJ to members states.  “A number of things remain unclear about the new policy.”