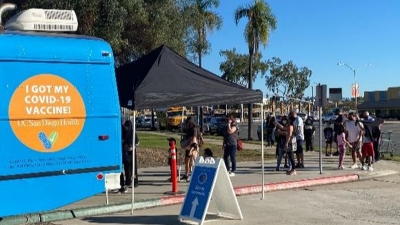 The 9th Circuit agreed that the district is acting in the best interest of students, as opposed to discriminating on the basis of religion, as the plaintiffs had claimed.
“Appellants have not shown a likelihood of establishing that the mandate was implemented with the aim of suppressing religious belief, rather than protecting the health and safety of students, staff, and the community,” the panel ruled.
The court concluded the plaintiffs “have not carried their burden to establish a likelihood of success on the merits, or that they will suffer irreparable harm if this Court does not issue an injunction, or that the public interest weighs in their favor.”
The district is requiring that students aged 16 and older as of Nov. 1, to be fully vaccinated, excluding those with an approved medical exemption, in order to continue learning in-person.
“The Court majority correctly recognized that the district’s legitimate interests include protecting the health and safety of students whose health would be placed at risk by being vaccinated, by providing a narrow medical exemption,” said district counsel Mark Bresee.
At least 72% of students 16 or older have been fully vaccinated as of Nov. 8, according to district data. To date, the district has received three medical exemption requests.
Board President Richard Barrera said “this latest decision recognizes that we have both the responsibility to protect students and the authority to do so by implementing a vaccine mandate.”