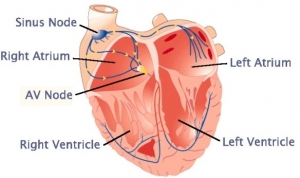 The child’s name is Eric Montaño. He is an 11 year old boy who was diagnosed with restrictive cardiomyopathy which stopped his heart from properly filling with blood.

Eric had been on a waiting list from August until January 14th, when the surgery was performed. The doctors say he has a good chance of surviving for at least 20 to 30 more years now that the transplant has proven successful, KPBS reports.

Eric also has a twin brother, Raul, who is currently still on the waiting list for a transplant of his own.

Pediatric procedures of this kind are incredibly rare, with only 500 worldwide each year. San Diego now has the capacity to perform the operation. Before, a patient requiring a transplant of this kind would have to travel all the way to Los Angeles or San Francisco.