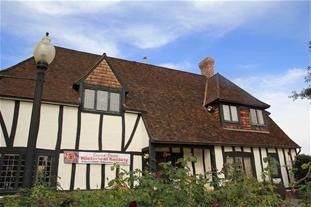 February 28, 2014 (Lemon Grove)--"History Alive" will continue on Mar. 6 at 7 p.m. in the H. Lee House Cultural Center, 3205 Olive, Lemon Grove, when Vanessa Jones in period attire presents the remarkable story of Mary Chase Walker, the Massachusetts school teacher who moved to San Diego in the summer of 1865 as the Civil War was ending to helm the city's first school in Old Town.

Fresh from the horrors of the war that divided the nation, Chase Walker brought an Eastern sensibility and an eagerness to carve out a new life. She came west by ship around the Horn (no Panama Canal).  En route she and an African American woman passenger became seasick.  She helped her new friend recover, but lost track of her after disembarking at San Francisco.  Later, they were reunited in San Diego, but when Chase Walker took her friend to lunch in a public place, scandal ensued.

Parents removed their children from the Old Town school and Chase Walker had to resign.  After facing dire straits as a single, jobless woman, she was hired by the school board president Ephraim Morse as a nanny-governess for his motherless children.  They married some months later.

Vanessa Jones will detail Chase Walker's many adventures and interests, her cultural breadth and her observations of life in early San Diego society.

The "History Alive" is free and suitable for ages 13 and over. Refreshments will follow the presentation.  For more information, call 619-460-4353.