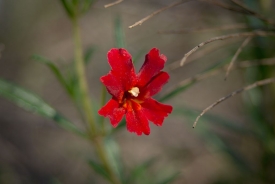 April 5, 2014 (San Miguel) San Miguel Fire Board meets on April 9 at 5:30 in the fire station at 2850 Via Orange Way in Spring Valley. This week the board will consider an ordinance allowing the board to declare waste and certain vegetation a public nuisance – including  potentially the majority of native vegetation in the district.

San Miguel Fire pubilc information officer Leonard Villareal said the ordinance is an "update to an existing ordinance with protection of residents and property in mind," not an intent to make major changes.

The Chaparral Institute has sent a letter to San Miguel asking that a decision on the ordinance be postponed, citing three reasons. The Institute states that a California Environmental Quality Act (CEQA) review would be required due to environmental impacts, that the proposed ordinance is not based on the best available science, and that it could encourage abuse of citizens' rights by Fire Prevention Services, Inc.