Bill in Sacramento may save park from closure; public help sought 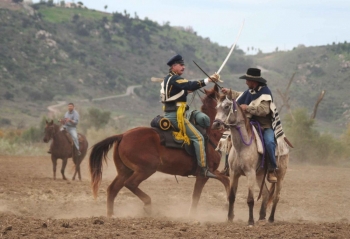 September 4, 2011 (San Diego)--Since their inception in 1864, Califonia’s state parks have served to enlighten citizens about nature, history and culture. Unfortunately, severe budget cuts have led to imminent closure of many of these beloved landmarks.

Located eight miles east of Escondido, the San Pasqual Battlefield State Historic Park is just one of many amazing pieces of living history slated to close forever next July, when 70 California state parks will be shut down.

San Pasqual is one of two state parks in San Diego County, along with Palomar Mountain State Park, that are on the chopping block.  But now, a last-ditch measure in the State Capitol could allow a nonprofit group to take over the historic site's management. 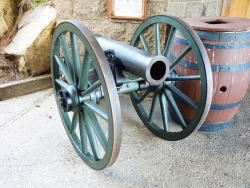 The San Pasqual Battlefield State Historic Park commemorates the Battle of San Pasqual, which took place on December 6, 1846. On that day, Americans and Californios faced off in what is believed to be the bloodiest battle on California soil during Mexican-American War.  It was also the  most controversial, with historians still debating which side won. Read accounts of the historic battle here: http://www.militarymuseum.org/SanPasqual.html. 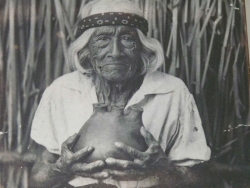 Today, the park serves as an informational center for tourists, students and adults. Open every Saturday and Sunday from 10:00 a.m. to 5:00 p.m., knowledgeable park aids assist guests with information. The on-site museum holds various historical mementos, such as uniforms of the Californio and American militia, weapons and authentic paintings of the battle. There are also Native American artifacts and photos of some of the valley’s early inhabitants. 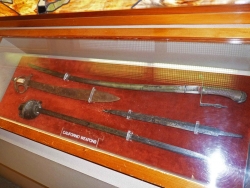 A short film, played upon request, gives visitors a brief summary of the battle of San Pasqual, which marked a turning point in the war. Every year on December sixth, visitors are privy to a live reenactment of the famous battle.

Sadly, all this may soon be gone if the park closes as scheduled in July 2012. 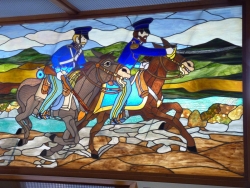 However, there is still hope. The San Pasqual Battlefield State Historic Park Volunteer Association is working tirelessly to keep the park open. Tom Vilicich, president of the association, is just one of the many dedicated members on the campaign. Tom started participating in the annual reenactment in 1994, later joining the board of directors before becoming president in 2007.

Vilicich explained that the public could help support saving the San Pasqual Battlefield State Historic Park by reaching out to the state legislature. “In order to save this park, people need to know about the Save Our Parks Campaign (http://savestateparks.org/ ). We need to let those in Sacramento know our displeasure of their fiscal mismanagement.” 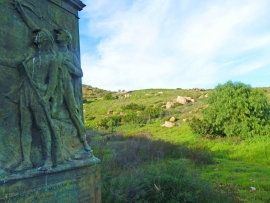 Assemblyman Kevin Jeffries (R-San Diego) has been working in the Legislature to find a solution to save some of the doomed parks.

“My assembly bill to advise the state parks agency to work with local government and be willing to enter into long term agreements with local government so they could operate certain state parks as part of county, regional or city park system failed to pass on the assembly floor,” he told East County Magazine. “I have since joined up with Assemblyman Jared Huffman (D) who has a similar bill encouraging cooperation with non-profits.” That measure, AB 42, has passed both houses of the Legislature in differing forms and next heads to the Assembly Floor for concurrence in Senate amendments. 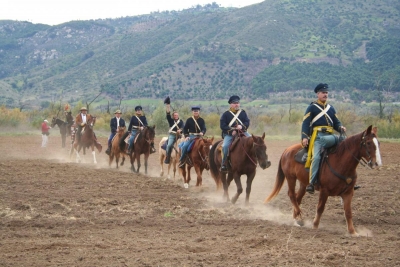 You can reach your California Assembly and State Senate members to voice your views on AB 42 and park closures through the “Sound Off” section in East County Magazine’s Citizens Action Center here: http://www.eastcountymagazine.org/0809soundoff.

Vilicich expressed sadness for what will happen for future generations if San Pasqual Battlefield State Historic Park is closed.

“We will not only lose a park, but an important educational tool. We host numerous fourth grade class trips each year, as they’re studying California’s history. We also host active duty and reserve military units for lectures on the battle. We hope that these young men and women are able to learn from the mistakes made on that fateful day in December 1846, so that they may not be repeated.”

While the Volunteer Association is always looking for public support, they’re also actively pursuing corporate sponsorship. Potential sponsors or donors may contact the volunteer association by writing to PO Box 300816, Escondido, California 92030-0816 or by calling the San Pasqual Battlefield State Historic Park and Museum at (760) 737-2201.

For more information on San Pasqual Battlefield State Park, see http://www.parks.ca.gov/?page_id=655 .
For updates on efforts to save our state parks, visit http://savestateparks.org/.