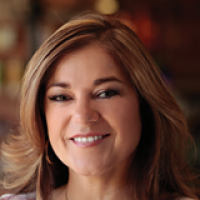 May 18, 2015 (Sacramento)--Congresswoman Loretta Sanchez (D-Santa Ana) has announced she will challenge Attorney General Kamala Harris for the California Senate seat being vacated by Barbara Boxer’s retirement.

Sanchez, an Orange County Democrat, is a member of the party’s “Blue Dog Caucus” of moderates and conservatives, though she voted with former Speaker Nancy Pelosi over 97% of the time and is regarded as a liberal on social issues such as gay rights and abortion.

She has voted against fast-tracking procedures for international trade pact approvals.

The daughter of Mexican immigrants, she serves on the House Armed Services Committee, the Committee on Homeland Security, and the Joint Economic Committee.

At the state Democratic convention in Anaheim, Sanchez touted her legislative experience, which Harris, a former district attorney in San Francisco, lacks.  She also faulted Harris for lacking experience in foreign relations, military and homeland security issues, as well as know-how for getting legislation through Congress.

she is a racist of the highest order and has no business in elected office much less any level of government .............. mas malo