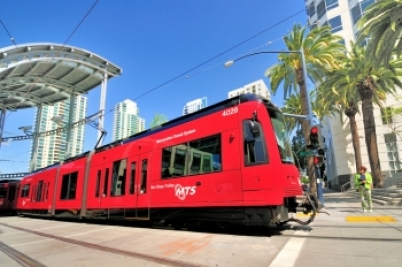 February 27, 2017 (San Diego) – By a unanimous vote, the San Diego Association of Governments (SANDAG) board of directors voted Friday to authorize an independent investigation into why SANDAG provided inaccurate revenue projections in the ballot description of Measure A, the regional transportation initiative rejected by voters.

A Voice of San Diego investigation found that SANDAG used a model that likely resulted in an over-estimate of the $18 billion in revenues that SANDAG predicted would be generated by the proposed tax increase over 40 years to fund transportation projects.

Numerous members of SANDAG’s board sent a letter prior to the meeting asking for an independent investigation.

The board blamed staff, claiming staffers failed to inform board members of the problem.  An investigation could determine whether that’s true, or whether staffers are being made scapegoats if any board members knew of the revenue project shortfall and covered it up.

Supervisor Dianne Jacob questioned whether the omission of accurate projects may have been done on purpose.  “Was there something intentionally done? Was there information withheld that the public should have and could have known about? And then, after we find that out, would it have made a difference in the outcome of Measure A?”  she asked, adding that SANDAG’s credibility was “on the line.”

SANDAG Chairman Ron Roberts stated, “It’s been implied that there may have been a conspiracy to hide all of this from all of us on this board,” adding, “If there was, I want to know about it — I want to find out who was in on it.”

Staff is tasked with recommending an outside investigator within two weeks. SANDAG’s board, compromised of officials from all cities in the region as well as the county, will ultimately choose who will investigate the association.