Photo, left, by Henri Migala:  around 200 residents attended a forum in La Mesa organized by Carl DeMaio of Reform California, which opposes the mileage tax 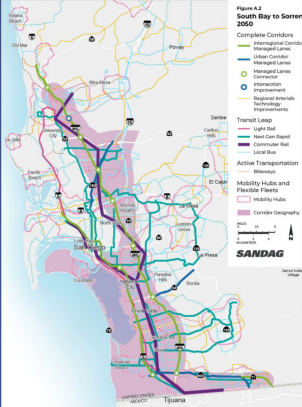 SANDAG plans to release its final 2021 Regional Plan and Environmental Impact Report on November 30, with a vote to adopt both at SANDAG’s December 10 meeting.

The 4.3 cent per-mile tax, along with a two new half-cent regional sales taxes, are intended to help fund SANDAG’s $160 billion long-term regional plan that includes building out free public transit and a 200-mile regional rail network over 30 years, along with potentially some highway upgrades.

But a map of those transit projects reveals that none of the projects are planned in East County’s rural, mountain or desert communities – areas where residents are reliant upon driving their own vehicles to work, school, medical appointments and other essential destinations. Much of the inland region is not even shown on SANDAG’s map.

The plan does call for some freeway improvements including an interchange at I-8 in Alpine near Willows Road and managed lanes along part of I-8 through east El Cajon.  But to many residents, it’s not enough.  Santee residents have long complained of a bait-and-switch after being promised widening of State Route 52 in exchange for approving major housing development, but instead, gridlock has worsened and SANDAG now indicates widening freeways is not a priority. 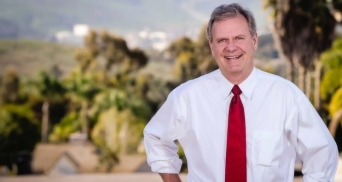 Supervisor Jim Desmond, whose district includes remote desert and mountain communities, has stated, “This proposal should never see the light of day. San Diegans already pay some of the highest prices to drive in the country. From the current gas taxes to a vehicle registration tax, San Diegans feel the effects in their wallets every day.”

Desmond told ECM that while voters will have the final say on a proposed sales tax increase via  ballot initiative countywide, he does not expect that to include the mileage tax, which SANDAG can impose unilaterally.

Supervisor Joel Anderson, who does serve on SANDAG and represents much of East County, stated in a letter to SANDAG’s CEO Hasan Ikhrata, “A significant number of my constituents also represent the `toolbelt’ workforce who need their vehicles to perform work.” He says the tax would unfairly impact many in his district who have no alternative to driving.

Mayor Bill Wells, El Cajon’s representative on the SANDAG Board of Directors has issued the following statement: “I adamantly oppose the so-called driving tax on San Diego’s working families. It is terribly unfair, especially since San Diego drivers already pay an exorbitant gasoline tax. It’s obvious that SANDAG is desperately trying to bolster non-existent ridership on buses and trolleys while once again sticking it to those who drive cars, which is basically everyone.”

Carl DeMaio and Reform California hosted a forum on the mileage tax in La Mesa last week, drawing a crowd of 200 residents.  In an interview with East County Magazine, 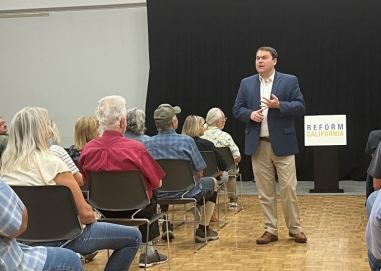 “It’s going to kill working families,” complained DeMaio. “A mileage tax and a sales tax are a regressive tax. People at the lower end of the earning pyramid will end up having a bigger impact than those at the very top. Especially rural and people in the service industry. If you have someone who cleans homes, or is a gardener, they’re going to see a major impact. Anyone in the construction business, a plumber, or electrician, anyone having to do a lot of driving around, they’re going to get a major impact from this. The mileage tax and the sales tax is like a ‘double whammy’ hit to working families.”

DeMaio recognized that opposing the mileage tax and the sales tax would be a difficult challenge because of the funding available to promote those initiatives. But he was confident, stating that  “We have a winning record on all local tax increases we opposed. When we say we’re going to oppose this tax increase, and we fund a campaign, we’ve been able to win those races, locally, since 2004.”

DeMaio says he opposes this and other tax increases “because you already have the highest income tax, the highest sales tax, the highest gas tax, the highest car tax, some of the highest property taxes. So, what more are you trying to squeeze out of these working families. We have the highest water rates, the highest electricity rates. Our cost of living here in San Diego County now is about 41% higher than the national average,” he continued. “That mean, for whatever anyone else can live on for $1,000 anywhere else in the country, we have to earn $1,410. That’s $5 grand a year. That’s what we’re talking about here.”

Checking DeMaio’s statements about the high cost of living in California, California does have the highest income tax rate in the nation, at 13.3%, followed by Hawaii (11%), New Jersey (10.75%) and Oregon (9.9%).

And according to the World Population Review, the state with the highest car sales tax is California (7.25%), followed by Tennessee, Indiana, and Rhode Island (7%).

Comparing water rates is difficult, for a variety of reasons, but the best data available comes from Circle of Blue, which surveyed the 30 largest cities in the nation and found that Santa Fe had the highest rates. https://www.circleofblue.org/2010/world/the-price-of-water-a-comparison-of-water-rates-usage-in-30-u-s-cities/

According to the Nebraska Department of Environment and Energy, which conducted a state-by-state comparison of electricity rates found that Hawaii has the electricity rate in the country, at 28.72 cents per kilowatt hour. https://neo.ne.gov/programs/stats/inf/204.htm

According to SDGE electricity rates in San Diego range from 27 to 31 cents per kilowatt hour. https://www.sdgenews.com/article/new-electric-rates-effect

Although SANDAG’s Board representation is extensive, it does not include representation from most of the county’s mountains, deserts, and vast rural areas, where residents who will be the most disproportionately affected by the mileage tax live. Jim Desmond, the Supervisor for that region, was recently replaced on the SANDAG board.  Yet these rural and outlying areas have some of the lowest income rates of the county, with high rural poverty pockets.

Rural residents contend that it is fundamentally unjust to burden rural residents with a disproportionate amount of the mileage tax, especially since they have no representation on the SANDAG Board. Taxation without representation is viewed as a fundamental American principal – the same principal that led colonists to stage the Boston Tea Party, precursor to the American Revolution to win independence from Great Britain.

A mother wrote, “We’re being punished for driving our cars to our jobs, our kids to schools, errands we must run, etc. We have to fight back.”

“SANDAG has the nerve. So many of our roads have not even been done and they want to add MORE taxes to us that are barely even getting by paycheck to pay check???” one man posted on Next Door.

A woman posted, “So you are in favor of penalizing poor people that have to drive to get to work. If you live 45 minutes away it would take you 3 hours to get there on public transportation.”

Others voiced concern over needing to drive vehicles long distances for work, such as people who work hauling equipment in trailers or dump trucks. 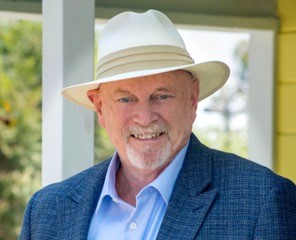 Lemon Grove Councilman Jerry Jones objects to drivers of electric cars using roadways for free, since they don’t use gas or pay gas taxes meant to pay for roads, freeways and transit.

He also voices concern that while a gas tax is a pay-as-you-go method that assures people won’t spend more than they can afford, “how many of us could make a one-time lump sum payment of near $1,000 to the state…it’s going to be about restricting your travel by making your car (electric or legacy) too expensive to drive, without providing adequate options….Even for free, this transit plan does not serve the region for its transportation needs…Yes the San Diego region needs transit, but it also needs a balanced system that includes transit, freeways, and local roads. Don’t ask the 87% to pay for the free transit system of the 13%.”

The fact that the plan favors the city of San Diego over most other areas is no accident.  A state legislative proposal by Assemblywoman Lorena Gonzalez enacted in 2017 changed SANDAG’s voting method to weaken the influence of most cities. Now the vote is weighted based on population, so the cities of San Diego and Chula Vista control 60% of the vote – and regularly cast votes that ignore the needs and voices of East County’s residents.

Jones’ notes that the city of San Diego’s political leaders “will call the shots at least until it goes to the ballot box. Don’t forget,” he urges residents.

Not everyone is opposed.  The rationale for the tax is that the state’s funding for roadwork and transit has diminished sharply, since more people are driving electric cars, hybrids or fuel-efficient vehicles. Using less gas means reduced gas tax revenues for California. The plan has support of some coastal community representatives in North County, for example.

It’s unclear just how the per-mile rate would be determined, but likely it would rely on reporting by the DMV whenever people reregister their vehicles and report mileage.  Possibly car repair or smog check sites could be mandated to report mileage.

This article has been updated Nov. 4 with comment from Supervisor Desmond clarifying that the ballot initiative will include only the sales tax increase, not the mileage tax, which SANDAG has final authority to approve.

DeMaio is correct, it is a regressive tax. The driver in the new Tesla Cyber Truck will pay the same as the person in the used Leaf. Unfortunately for working people, they have the wrong advocates on their side. DeMaio loses everything, in part because he is regularly disingenuous. Nobody trusts him, well, nobody without a hook in the roof of their mouth. Their future is the icebox. And like the rest of the pols who pretend to be against this, really, they will happily lose this battle because at the end of the day taxing the poor is the Republican party policy. The whole infrastructure fight in D.C. is hung up over taxing the rich, the only wealth taxes we have are on our houses while, investors and big companies pay effectively zero taxes. That is not going to change because Democrats are still the party of Joe Manchin. So, at the end of the day, DeMaio and Anderson will just use this to continue to bolster their false credibility with "tool belt" voters, while they smile and eat from their lunch boxes. But here is the thing: most east county voters can't remember they packed a whole sandwich. So what are you going to do? DeMaio will have the same older voters shouting "Remember Chappaquiddick!" and "Free Silver!" at his rallies. Nothing will change until those folks are demographically out of the picture. The only way to stop this, honestly, is if Democrat voters revolt against their own. Maybe? But I am not holding my breath for that. "Moderate" Democrats will mumble some economic words and the poor will lose again. Look how well Biden is doing with his pretending! (Not well.) We need the road funding, and we have once again chosen a very unfair way to distribute the cost. Neither party stands with working people though they both pretend, and that is sadly where we are today. Working people can go back to working three jobs, that is who we are until people are mad enough to hold their own tribes accountable.
for the right to explain how electric cars will fund road maintenance.
talking head.... he will never admit he is being funded by right wing groups outside California who know nothing about california!!!